Reuniting Nazi Germany Refugee and Survivors: the culmination of a 70-year search

In August 1939, 20-year-old medical student George Wittenstein boarded a ship to New York, not intending to return to Nazi Germany. Wittenstein was one of the few non-Jews aboard, but all were fleeing Nazi tyranny. They had waited years for their German exit-permits and U.S. visas, and had paid the expensive "Reichsfluchtsteuer" (fleeing the country) tax. On the third day, the ship turned and headed back to Germany, although no announcements had been made. Wittenstein tuned into the BBC and heard "…skirmishes and shooting at the German-Polish border." This could only mean that Hitler was starting the anticipated war. Wittenstein made detailed plans to get out of Germany immediately, while it was still possible for him: He would bribe the deckhands to get his car unloaded as fast as possible, head for the closest border (Holland), drive to Paris, and obtain passage to the U.S. 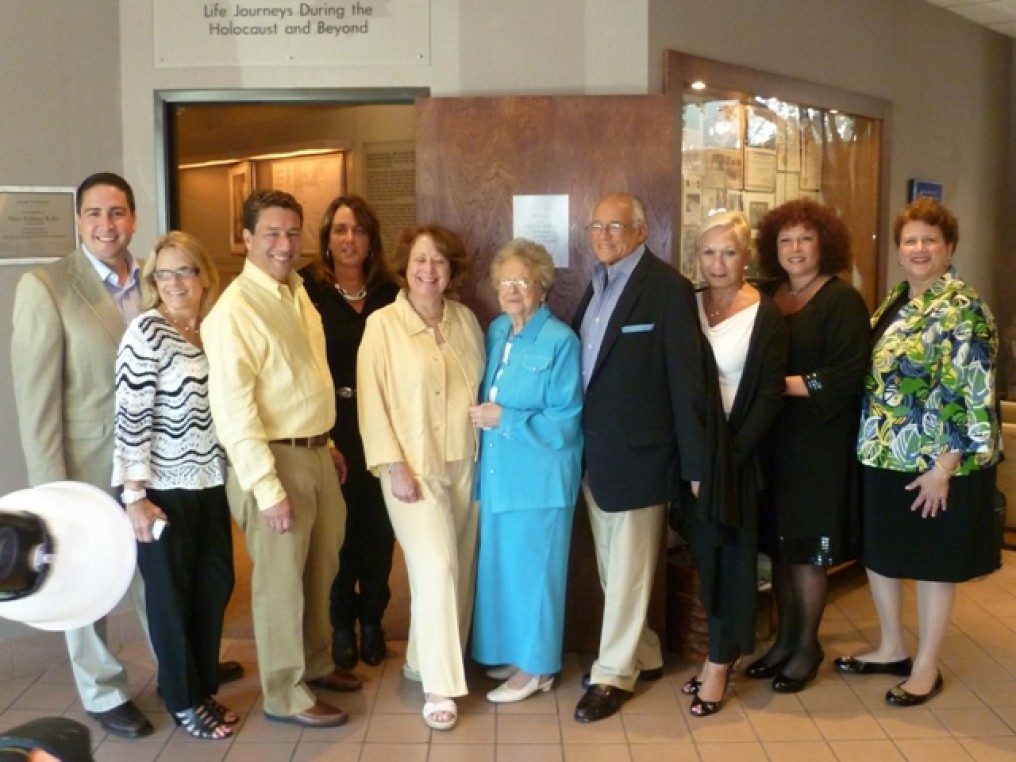 When the unscheduled liner arrived in Hamburg harbor, there was absolute chaos. The only train was so overcrowded that people stood on the outside steps, hanging on to door handles and to each other. As Wittenstein was about to drive off, he noticed two Jewish children whom he had befriended on board, Esther and Natan. Travelling alone (their parents had sent them ahead, at ages 11 and 16, to safety in America), they looked bewildered and frightened in the indescribable pandemonium. No one was helping them or even paying attention to them. Wittenstein realized that without money and help, they would be left to a precarious fate. He made a quick decision to drive them home to Berlin – the opposite direction from the border – missing his chance to get out of Germany.

One can only imagine the looks on the parents' faces when a German young man knocked at the door of the family home with the two children they believed they’d sent to safety! Wittenstein never saw those children again, and ever since has been plagued by the discomfort of never having learned their fates.

Wittenstein spent the war as a soldier in medical school, and at the Russian and Italian fronts, where he was wounded. He was a core member of the Resistance Group "The White Rose" (and took what became the most iconic photo of that group). Five of his friends and his Ph.D. advisor were executed. He also belonged to the Resistance Group "Freiheitsaktion Bayern" (Freedom Action Bavaria, FAB), which carried out the only successful military putsch against Hitler, saving Munich from complete destruction. While serving at the front, he collected weapons from the wounded on whom he operated; these weapons were then smuggled to the FAB in Munich.

Dr. Elizabeth Wolfson, then-Director of the Portraits of Survival (a Holocaust education and outreach) program at Jewish Family Service of Greater Santa Barbara, learned of this story while interviewing Dr. Wittenstein, including how he had been searching for these children for the past 70 years. She tasked several volunteers with researching national registries to learn their fate, but without success. Then Dr. Stanley and Edie Ostern, local Holocaust survivors (and speakers in the Portraits of Survival program), were at dinner with George and his wife, Dr. Christel Bejenke, who related the story. The Osterns enlisted the help of a young friend, Jordan Sommers (who had interviewed the Osterns for his thesis), and had just taken a job as an archivist with the U.S. Holocaust Museum.

After much research, Esther was located in Commack, Long Island, New York, but no telephone number was listed. Natan was living in Queens, New York, and had recorded his personal history for Steven Spielberg's Survivors of the Shoah Foundation. One reason it had been so difficult to find him was that he had changed his name from Natan Berkowicz to the anglicized Nathan Berkowitz. When Mr. Berkowitz, now in his 80s, was contacted by phone, he related the story of how he and his sister had been rescued by Wittenstein, though they could not recall his name. They too had been searching, wanting to know Wittenstein's fate.

On Dr. Wittenstein’s 91st birthday, he had his first phone contact with the Berkowitzes, a deeply emotional encounter. Although the Berkowitzes are frail, they flew to Santa Barbara in August, and the three met once again at an emotional reunion.

The Reunion
The culmination of a 70-year search