Ruth NebelI was born February 23, 1919 in Marburg, near Frankfurt, Germany. My father was very religious; my mother kept the Sabbath every week. After Hitler took power, the town was full of hate towards Jews. Businesses and homes were looted. My father said: “What can Hitler do to me? I am an honest man.” My father and mother, my two sisters and all my uncles and aunts, I had a large family, they all went to Auschwitz. They never came back.

In December 1941, while I was living in Hamburg, all Jews were ordered to report to a local school building and to leave everything behind except some personal belongings. All things of value had already been confiscated. I took only some warm clothing. For one week we traveled by train with no food, terrified, weak and feeling forsaken. I arrived at a concentration camp in Riga, Latvia, called Jungfernhof. I was four years in concentration camps in Riga, Stutthoff in Poland, and Thorn in Poland. There was often no food or water. Every day was full of worry, and I survived this condition.

One day in Thorn, I thought I would crawl on my stomach and touch the electric wire, but another prisoner stopped me from doing this. I didn't want to live. I had typhus and I was sick. I wanted my life to end. My family was taken away from me. This was the worst thing that happened.

After I was liberated from Stutthoff by the Russian army in April 1945, I made my way to Germany to look for my family. I met my future husband, Hans Nebel during this time. Hans had survived in Auschwitz for three years as a tailor for the SS. We had one of the first postwar Jewish weddings in Germany.

My husband and I decided that we cannot stay in Germany. We must come to America. When we saw the Statue of Liberty, we felt as though she was waiting there just for us, and that her torch was just for us, giving light where for so long our lives had been in complete darkness. 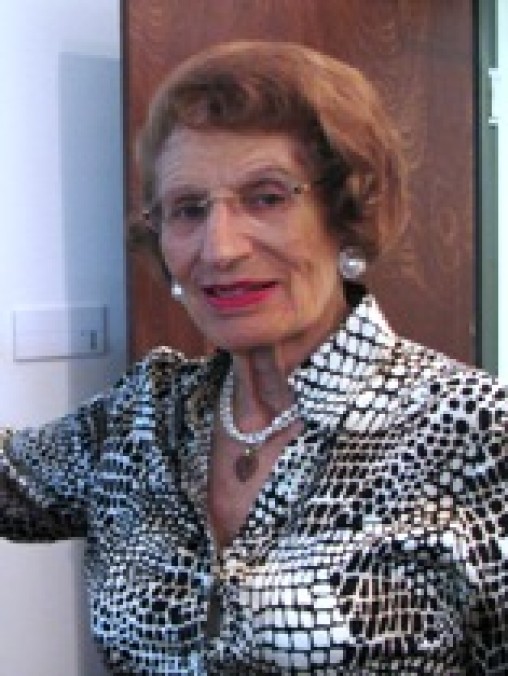