Until the Nazis came, living in Frankfurt, Germany, we had a fairly pleasant childhood. My parents, though not having any money, sent me and my sister and brothers to a good school. We went hiking with friends, attended synagogue not far from where we lived, and walked fearlessly all over the city. Our father, Leon Singer, had lost his business, and like most others in Germany, couldn’t find work. But he told us stories, mystical tales of his shtetl in Poland, and of World War I, where he was a soldier and was wounded. In spite of hardship, we never felt poor or went hungry, and our mother Gitel prepared simple, wonderful Shabbat and holiday dinners.

With the coming of the Nazis, a sense of malaise pervaded our lives. Children threw stones at us, calling us names. Jewish people began to disappear. My parents thought it best to leave Frankfurt; later nearly all the Jews who remained in Frankfurt were deported to concentration camps. My family first fled to Alsace-Lorraine and then to the Saar to live with relatives. My father sent my sister Paula and me to America, where we had an uncle and aunt. A week later my brother Sidney followed on to New York.

My mother and youngest brother Henry went with my father’s two brothers and their families to Paris. In New York, my mother’s brother Markus Kolber and my sister tried to arrange an affidavit for my mother to come to America. But, due to government delays and the outbreak of World War II, my mother never made it to America. My youngest brother was fortunate to be on the last children’s transport from Portugal to America. Later, the Jews in Paris were imprisoned in Drancy and then transported to Auschwitz; my poor mother, my uncles, aunts and cousins among them. They were close and loving people, but each died separately.

My father and a group of men went secretly on a trail over the Alps to enter Italy. But they were caught and spent the war years in an Italian concentration camp. My father worked as a cook. At the end of the war, my brother Sidney, who was by then with the U.S. army, found my father and helped him come to America.

After arriving in the U.S., I worked in a factory in New York. A friend introduced me to the American People School, where I studied art with my teacher Carl Nelson. After moving to Santa Barbara, I worked at different jobs, attended City College and then UCSB, where I received a BA in art and MA in educational psychology. After graduating, I became a teacher at City College Adult Education and taught portrait, figure, and landscape painting for 20 years. 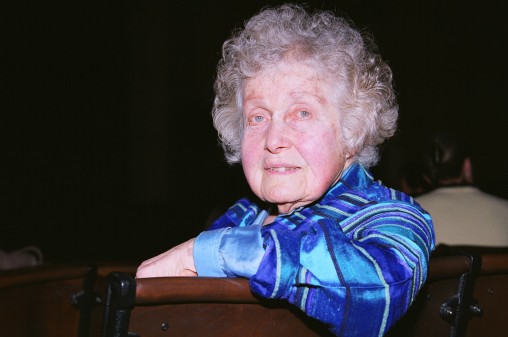