I was born Liliane Mendrowski in Brussels, Belgium on May 15, 1932. I did not identify myself as Jewish; my family lived as assimilated Belgians.

The Germans invaded Belgium on May 10, 1940. I was afraid, but I didn’t ask questions. I knew that horrible things were happening to the Jews. I had to wear a star. My father was a silversmith and the Germans took all his work. An atmosphere of doom pervaded our family.

My parents arranged for my sister and me to live in the country. Our neighbors in Brussels had a grocery store. They said their brother and his wife, who lived in Liège, would take my sister Frida and me; they had just lost their own daughter. But I never knew why I was going away or where I was going. I was told I would have more food to eat and better air out in the country.

In less painful moments, I realize that I was fortunate to have met many kind and caring people, righteous people who saved my life and my sister's life. I will never, never, never forget them. For two years, my sister and I were cherished by a middle-aged Christian couple, Monsieur and Madame Donnay. Monsieur Donnay was a coal miner; they were illiterate and had never left their village. I had never met them or heard their names. Nevertheless, they welcomed us into their home and in their hearts, no questions asked or answered.

Two years later, the Gestapo barged into their home in the middle of the night in search of the Donnay’s son, Bernard. He had been denounced as being a member of the underground. He was a trained engineer and had provided the Allies with information about German troop movements in Belgium and of train destinations to the front. My sister and I had to hide elsewhere, with no time for goodbyes. We were put in a truck covered by coals and tree logs, and dropped off at a convent. The truck was driven by another righteous person who saved our lives. His name was Father Bruno Reynders, a Benedictine priest, a formidable man who helped save 390 Jewish children in Belgium alone. He was a hero.

Father Reynders and the Donnays survived the war. My parents survived passing as gentiles; my mother worked as a cook, and my father worked as a janitor at an orphanage. My brother Isy was less fortunate. He was rounded up in Brussels, and deported to Auschwitz, where he was gassed immediately upon arrival. The rest of my mother’s and father’s families in Belgium and in Poland also died.

After the war, I worked for the Belgian National Broadcasting System as an on-air interviewer. My boss invited me to the U.S. because I spoke English. I was a translator for the United Nations for six years. I met my husband, Edward Schiff, in New York; he was a trial attorney there. We had three children. When Edward became a federal judge, we decided to come to California. I received my masters degree in urban sociology from UCLA. I worked in the superior court in Ventura as a family relations mediator. When Edward got a courtroom built in Santa Barbara we moved here in 1973. Since, I have worked for several years for Project Food Chain, which prepares home-cooked meals for homebound AIDS patients.

Intellectually, I haven't the dimmest notion of what wars are really about, but I know we must overcome again and again and again for our children's sake and for humanity's sake. Certainly, I was not the only child to have lived through these horrors. At first, I did not want to reveal my story; now my conscience compels me to speak. 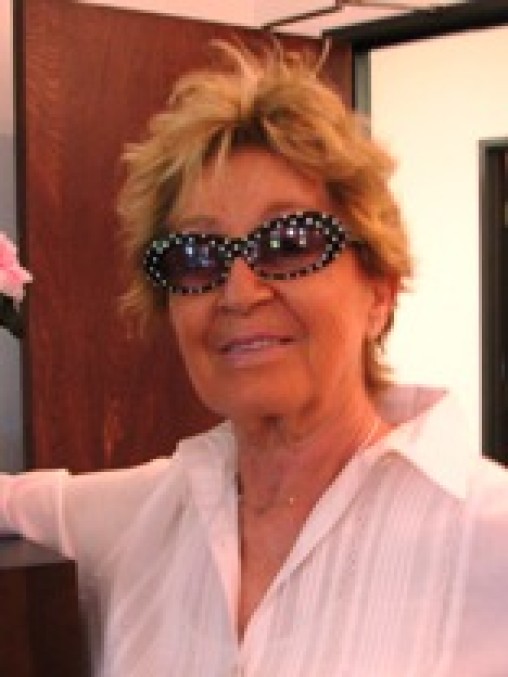