I was born in 1922 and raised by my Uncle Adam and Aunt Helena Ostrowski in Katowice, Poland. Most of the Jewish population where I lived was poor, but I was fortunate to grow up in real comfort. At 17, I was making plans to continue my education when Hitler invaded Poland. The suffering of the Jewish people began; each month our predicament intensified. The Germans forced us to wear a yellow Star of David. We were not allowed to walk through certain areas of the city, and after a certain hour were prohibited from being out in the streets. It was a struggle just to eat enough to survive. There were random beatings and killings of Jews. By 1940, we were living in constant fear of being dragged off to be sent away to a labor or concentration camp.

One day, in 1942, all the Jews in the town were ordered to come to a football stadium. I watched as thousands of people were selected for deportation by train to Auschwitz. This day was the last time I saw my mother, grandmothers, grandfathers, sisters, uncles and aunts.

I was spared because I had been cutting wood for the German Army and had work papers. A few months later I was sent to Landeshut, a labor camp in Germany. There I worked making thread from flax. In 1943 I was transferred to another camp, Peterswaldau, in Lower Silesia, where I was a slave laborer at a munitions factory, assembling fuses for bombs. We were treated worse than animals; we were always exhausted and hungry and heavily punished for the slightest infraction. I promised myself that I would put an end to this suffering; I made a plan to escape. One Sunday, a Czech prisoner and I ran through the barbed wire; it was a miracle that the SS patrol guards didn't see us. After scrambling over a brick wall, we were free. We made our way to a cargo train station and hid inside an empty wagon. We went from train to train, from town to town. Hoping for anonymity in a bigger city we made our way to Neisse. But the town was swarming with SS and Gestapo. We separated hoping that would throw off police searching for a pair of women escapees. I tried to pass myself off as a Pole to a group of Polish laborers whom I met by chance, but a collaborator turned me in. The chief of the Gestapo in the area interrogated me, and then sent me to jail. One month later, I was given a choice between deportation to Peterswaldau or going to Auschwitz. I chose Auschwitz, knowing that torture and hanging were the final destiny for anyone who tried to escape from Peterswaldau.

I was loaded onto a train wagon with many other prisoners. After what seemed like an endless journey, we arrived at Auschwitz. The train doors opened and we got out. We marched to Birkenau, the main camp where Jewish prisoners were sent and killed in the gas chambers. I thought I was in hell. I was taken to a barrack, given a striped dress and my hair was cut short. I lost my identity and became prisoner 79564. This number was tattooed on my left arm.

I was assigned to work in the fields clearing away heavy stones. The SS and their dogs constantly guarded us. We worked all day long and without food or rest. Then, returning to the camp, we had to face endless roll-calls. By chance, I was fortunate to get a secretarial job in an administrative office of the camp, making name and date lists of camp prisoners sent to Germany. During November 1944, I was sent from Birkenau to two other camps in Germany. In the spring of 1945, while working in a munitions factory, one morning the SS disappeared. The Russian Army soon arrived with greetings and food. For the first time in many years, I was free; it was wonderful to feel human again.

In great pain I found out that out of an extended family of 40 aunts, uncles and cousins, the only survivors were my brother and me. It was not easy to resume a normal life. I immigrated to the U.S. where I devoted myself to assisting Holocaust survivors with applications for reparations from the German government. I have two daughters and five wonderful grandchildren.

After all my tragic experiences, I can only say today, that I do not feel any hatred. God has shown me mercy. Somehow in the worst moments of my life, I feel protected, as though God was smiling and telling me, “It's not your time to die.” I thank God for every day that is added to my life. 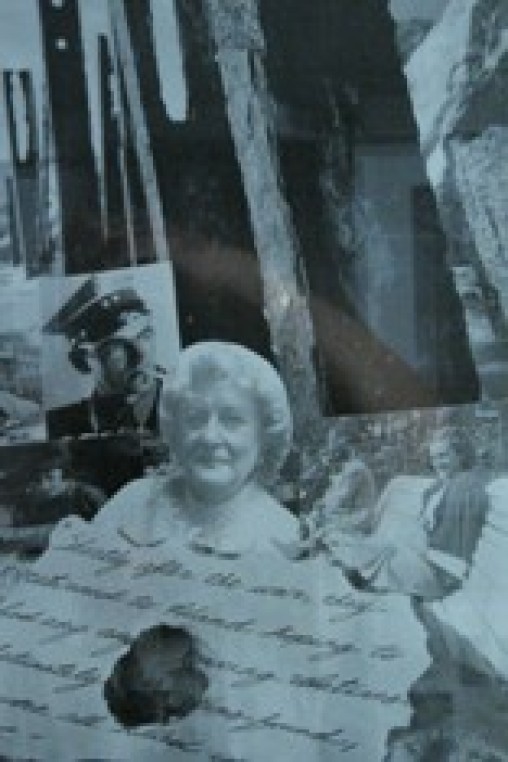