I was born in the Free City of Danzig, now Gdansk, Poland, in 1925. My father, Siegfried, owned a grain import/export business; my mother, Martha Franck, who had a Ph.D. in law, was a partner in the business. When the Nazis came into power in 1933, I was in elementary school and all of a sudden, I had to play by myself during recess, as no children could play with a Jewish child. In 1938, after being imprisoned, my parents decided to cross the border to Gdynia, Poland. It was very traumatic for me to leave everything that I loved in the middle of the night. About ten days later, I took the train by myself through Poland and Germany to Switzerland to attend school, while my parents remained in Gdynia. A few months later we were reunited in Brussels, Belgium.

In May 1940, the Germans invaded Belgium and for the second time we fled. The journey took us first by jam-packed train to the Belgian coast; we then crossed the French border on foot and made our way to the north of the country. One day, to our great shock and fear, the German troops arrived. We had the fortune of being taken in by a French woman who owned a bakery where we found shelter and I learned to bake bread. One day my brother, Lothar, and I were stopped by a group of German soldiers who asked us if we were Jewish. One soldier pointed his gun at us and threatened to kill us. We fended them off by pretending not to understand German.

After the French were defeated, we moved to occupied Paris. Several months later, my parents succeeded in getting false papers to the unoccupied zone of France, where I lived on a winery. We continued our journey, smuggled by a guide a night, crossing the Pyrenees Mountains from France to Spain. Since it was dark and we were not allowed to talk, I have few recollections of the trip. On the other side of the mountains, we took a train through Spain to Portugal without getting caught.

In late 1941, we arrived in New York by freighter from Lisbon. In the U.S., after graduating from Barnard College and receiving two master’s degrees in International Relations and Library Science, I had a very varied career. One of my most satisfying and exciting experiences was being the first woman training officer for the Peace Corps when it began in 1961. I worked as a library advisor to many countries and as an international development consultant in educational and social projects in Africa, Asia, and Latin America. For several years, I was involved in family planning and population education in the Caribbean and Central America. I am an avid skier and hiker, and divide my time between Aspen and Santa Barbara.

I have always been ready to face many challenges whether physical, emotional or intellectual. My experiences have given me depth and understanding of different peoples, and I hope I have touched the lives of some. 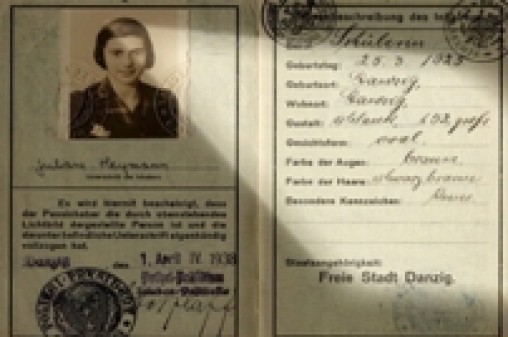