In 1935, two years after Hitler came to power, my parents came to Sarreguemines, France from Germany. This town had a complicated history, being sometimes under German rule, sometimes under French. By the time I was born in 1938 into my observant Jewish family, the threat of war was looming.

After the war began, my parents had to flee from their comfortable home and were settled in the small town of Montbron, near Limoges. It was relatively safe in the non-occupied zone of France. Until late 1943, my parents stayed out of harm’s way by keeping a low profile and concealing their identity from both Nazis and French collaborators.

In the winter of 1943, the Nazis began to come through our village in search of the Resistance, the Maquies, who were aggressively countering the Germans. We were often forced to hide on distant farms, in fields, in barns—wherever we could find shelter. My parents had befriended some of the villagers and were never betrayed. As these searches became more frequent and pressing, the danger grew, and my parents sadly concluded that they’d be unlikely to escape. Like many European Jews, they sought to save their child, even while expecting that they themselves would not survive.

The LeRoi family, whom they had befriended, proposed sending me into the care of a nun, Soeur St. Cybard. Because she had been an active member of the Resistance, she had been demoted from her previous post and sent to serve a tiny village 50 km away. My parents were persuaded I would be safe with her. When Madame LeRoi contacted Soeur St. Cybard to ask if she would take in a Jewish child for safekeeping, she immediately agreed. After much trepidation, my parents took me to Lesterpo in January 1944, after changing my name from the very Jewish-sounding Levy to L’Or. Also, my father prepared a letter to relatives in the U.S. explaining my whereabouts should they not survive.

I found myself living alone in Catholic school, among strangers, with the formidable Soeur St. Cybard in her long black halite and fluted headpiece. She was stern, but I grew deeply attached to her. I was not yet six.

I spent eight long months in Lesterpo. Unbeknownst to the nun, one of her lay teachers was a collaborator, which put me in even greater danger. Also Lesterpo was near Oradour, the village that was massacred one June afternoon with more than 600 civilians killed, including all the women and children. My parents feared even more for my safety.

After Paris was liberated in August 1944, they came to get me, but I pretended to not know them, feeling that I’d been abandoned. Three years later we came to Los Angeles, where we settled into a working class neighborhood. I was nine and all I wanted was to become American and shed any hint of my past. I was the only Jewish child at my school and I did not speak English. It was a difficult time.

I went to UCLA, became a teacher, and later, a school psychologist. These vocations were not accidental choices, but very likely an effort to address the many unresolved issues about my lost childhood. I married and have one son. I wrote the book, Never Tell Your Name, the story of having been a hidden child, both for the record, and to honor the remarkable Soeur St. Cybard. Sharing this with interested people has been a most rewarding and gratifying experience. 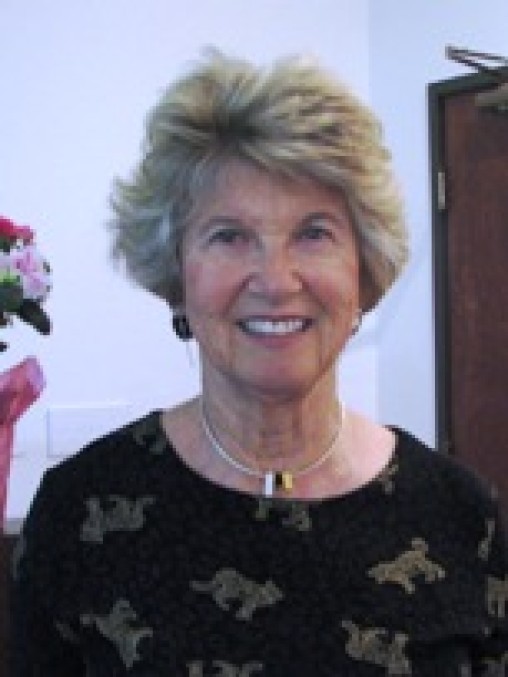