I was born in Berlin in 1925, a privileged only child of Martin and Emma Jonas. I attended public school until this was no longer permitted for Jewish children. Then I went to a private Jewish school. I was also not allowed to go to the swimming pool, nor to participate in the gymnastics display at the 1936 Olympic Games. I was old enough to be aware of anti-Semitism. On the streets of Berlin, I saw large billboards with anti-Jewish slogans and caricatures. I remember seeing many Nazi parades, and one in particular, where I saw Hitler standing in his Mercedes, the people lining the streets in adoration, saluting and shouting: “Sieg Heil!”

One morning on my way to school, I saw the broken windows of a Jewish fur store, and further on, a synagogue was burning. This was the beginning of Kristallnacht. That evening, I watched from our apartment as the pharmacy across the street was vandalized, windows smashed and shelves overturned. I can still hear all that glass breaking. In March 1939, my parents managed to get me on a Kindertransport to England. It must have been a heart-wrenching decision to send away their only child, but they had no choice; they were unable to obtain entry visas for themselves. Due to my father's severe heart condition, and because his assets were frozen by the Nazi regime, it was impossible for him to find refuge in another country. My mother decided to stay with him.

I was one of the fortunate children to find a good home with a Jewish family in England: Anne and Jack Posnansky. It was, however, a completely different life. I was amongst strangers in a strange country with different customs, and I spoke very little English. I made every effort to quickly adapt to my new environment. War broke out in a few months and contact with my parents ended.

I found out later that my parents had been “picked up” in their Berlin apartment, and then sent to a detention center. My father died there due to a lack of medicine. My mother was deported to the Theresienstadt concentration camp where she was a slave laborer in a factory that separated mica. My mother survived the hardships of this camp.

Much as I wanted to be reunited with my mother, this was very difficult. I felt torn between my German mother and my English family. It must have been very hard for my mother, who expressed having survived mainly to see me again. We did eventually become close, but it was a traumatic period for both of us. I realize this was not uncommon with Kindertransport children. There is no doubt that my past had an effect. Being a survivor made me very independent, and I have difficulty in forming deep emotional attachments.

My life has been good. I received my nursing certifications in England and worked there for many years, until moving to Montreal, where I worked in the operating room at the Montreal Neurological Institute. My mother and I moved to Los Angeles in 1962. There, I worked at the Kaiser Foundation Hospital and became a member of the original open-heart surgery team. After studying at the first anesthesia program to open in southern California, I practiced in this field. I met my husband, John, skiing, and we were married for 25 years. After retiring, we moved to Santa Barbara.

I am aware how lucky I was to have survived the Holocaust while many relatives and friends did not. 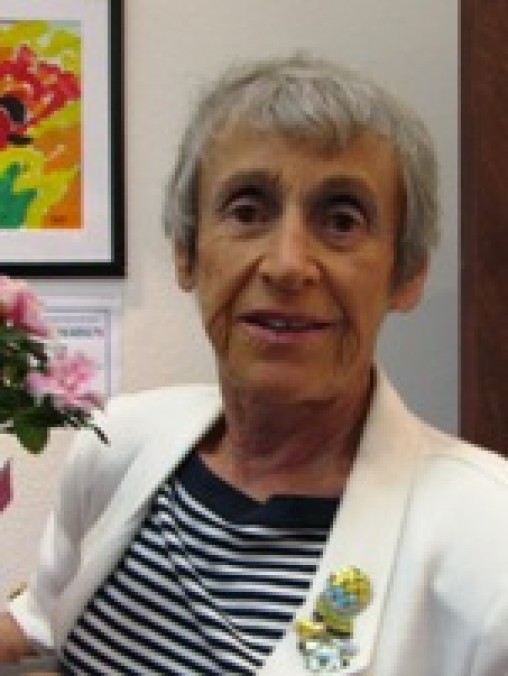