June 1935. In my hand was a suitcase, and in it was the last connection I had with my family. I arrived in Chicago with all that Hitler would allow. Where my suitcase had been along the way is what I'm about to tell you.

I was born Eva Scherbel in Berlin, September 1906. I was the younger of two girls. My father was employed in a responsible position in an import house for Swiss manufacturers, while my mother had inherited a sewing machine shop and also manufactured articles for sale. I had a normal childhood until I was ten years old. Then, the First World War broke out. As my family lived in a tall building on the fourth floor, from my window which faced out on to the street and other buildings, I could see soldiers fighting and men carrying injured soldiers down from a rooftop. The dead and the dying were a daily occurrence. I remember the scarcity of food hovered over us all the time. We ate cabbage in different forms from morning to evening.

1918 was a terrible year. My sister Hanna died of the flu during the epidemic, and my father also died.

In January 1933, after Hitler came to power, a Nazi official came to the gymnastics and exercise studio where I taught, said, “Heil Hitler,” and because I was Jewish, I was evicted from the building. I couldn't teach any gentile students anymore. I was only able to teach Jewish students in their private homes. My friends and neighbors were no longer able to greet me in public. At this time in my life, I had plans to marry; Fred Glogau came into my life. He was an electrical engineer and inventor. He made plans early to travel to the U.S. and did so in May 1934. I could not join him at the time, as I was caring for my dying mother.

I was on a Nazi arrest list because I received mail from my fiancé, Fred, in the U.S. My mail was being opened and I was being watched. My privacy had been violated. I lived in several houses of my students. I would change my location at the last minute to remain as elusive as I could.

After my mother passed away in 1934, I applied for a visa to the U.S. I had to wait one year until the visa was issued by the American authorities. I finally left for America in June 1935. In my suitcases were all the possessions that the Germans would allow me to take out of the country. I came to the U.S. with $2.50 (10 marks). I was, however, able to take an unlimited amount of clothing and, therefore, I brought 12 coats with me that I would use to finance my new life of freedom.

America was not waiting for me. To try to find your way, to try to make a living was not easy. Fred and I married in Chicago in 1935. We moved to Wisconsin where we shared a house with Fred's relatives. We were able to secure visas from Germany for relatives, including one for Fred's sister who came from Berlin via Shanghai. My husband passed away in 1959; I remarried, and Richard and I moved to California. We settled in Santa Barbara in 1961.

Through my experiences of living through World War I and then Nazi Germany, and seeing the world of today, I feel that war is the worst way to try to solve any disagreement or problem. It only leaves wounds and death on all sides. 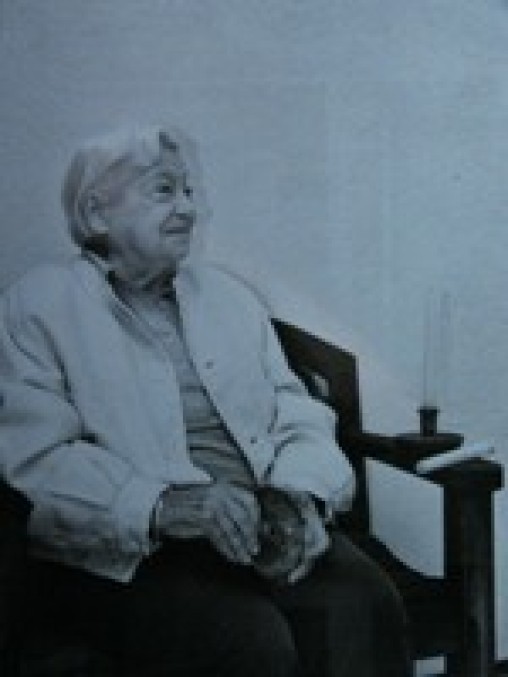