I was born in Berlin in 1925. What was it like to live in Berlin from 1933 on? We children and adults were fearful; we lived under constant threat. We were even afraid to talk in our own homes -- the walls had ears. New decrees against the Jews appeared almost daily. From 1935 on, all Jewish children had to attend Jewish schools. I had been in a public school and that was a devastating experience. In front of my classmates, unfounded racial differences about my face and head were pointed out. Consequently, it was deemed okay to beat me up on the way home from school. How relieved I was when I was transferred to the Theodore Herzl School, an all-Jewish school. Our teachers tried hard to make our school days safe and nurturing for us.

On November 9, 1938, Kristallnacht, on my way to school I passed the grand synagogue on Fasanen Street; it was in flames. In my mind I can still hear the echoes of these shrill voices of the mob yelling curses. I fled to my school. I arrived to see it in total devastation. All the blackboards and desks were ripped apart and burning; no fire fighters or police came to the rescue. We 25 children, the remnant of a once proud student body of 500, said farewell to our school with songs and horah dances by candlelight.

My mother, Dutch-born, escaped to Morocco where her brother lived and later arrived in the United States. A few weeks after Kristallnacht, I had sent my little brother Erwin off on a Kindertransport to England, on a dark train full of kids into the arms of strangers. He had just turned eight and I was thirteen. Thanks to my stepmother, Hilde, and her affidavit and visa to the U.S., I survived. My dear grandparents Adel and Samu Fekete, and their brothers and families perished in Auschwitz on September 24, 1942.

We arrived in New York to a new life, a new language, a different culture. It was a struggle. Very early, I discovered an aptitude and liking for design. By the time I was 18 years old I worked for a New York children’s wear firm as their designer. I loved that. In time I married, moved to California with my husband and had three sons. I continued my education with various art schools and universities. I worked as a Headstart teacher, as a supervising teacher at the Lab School at California State University, Northridge. After finishing my master's degree in art, I became a full-time artist. The work I created won me recognition and commanded impressive prices. It can be see in the U.S., Israel, Japan, and Europe.

I am blessed with six lovely grandchildren. What a good life it turned out to be, how very fortunate. I can hardly believe my good luck. 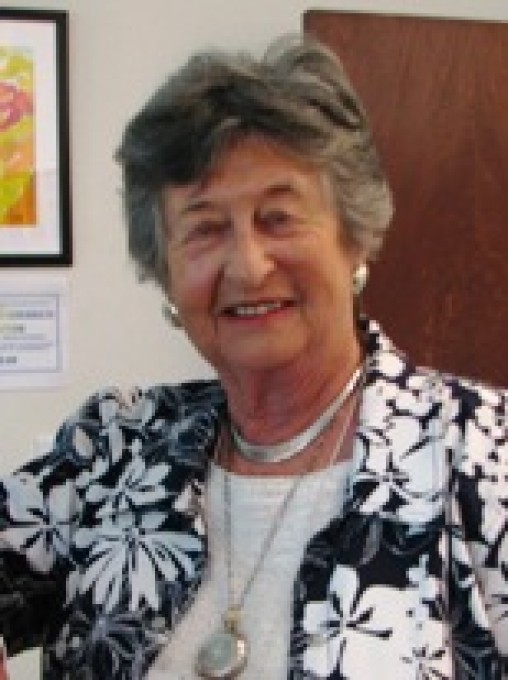