By all accounts, I lived a happy childhood surrounded by family and friends. I was born into a Zionist family, the second child of five. My parents owned a restaurant in Lodz, Poland. My life was filled with Jewish school, reading, and friends. I was a shy girl, just beginning to develop an interest in boys when my life was shattered.

In September of 1939, Germany invaded Poland. Quickly, quickly, pain and intense suffering befell our family. We were forced into the Lodz ghetto to live lives filled with misery. All around us, we saw starvation, rampant illness, horrifying living conditions, and death. My days were no longer filled with school, reading, and friends. I was now 14 years old and forced to work in order to receive food rations. My first job was in a leather factory making goods for the German army. My hands often bled and, no matter how hard I tried, I worked too slowly to make the required quota in order to receive my food rations.

My parents tried to maintain some semblance of normal family life. Our family pooled our food so that one child would eat just enough not to be hungry that day. This plan quickly failed. With each new increase in work quotas came a decrease in food rations and there was not enough food to make this plan work. I spent much time longing for a potato peel.,  My baby sister was born in the ghetto. I spent hours describing to her how a flower looked and how an egg tasted. I also promised her that one day she would taste chocolate. I think she believed me. She was killed in Auschwitz at the age of three never knowing what it was like not to be hungry.

In August of 1944, our misery intensified. We were herded into cattle cars destined for Auschwitz, one of the last transports out of the ghetto. At the point of Dr. Mengele’s baton, my mother and baby sister were pushed to the left, my older sister Nadzia and I were pushed to the right. Amidst unfathomable chaos, my mother told us, “You two can survive if you stay together. I am going to stay with the baby.” It was the last time I saw my mother and baby sister. My parents, one brother and one sister were killed in Auschwitz. Nadzia and I somehow survived the incomprehensible pain of Auschwitz, and were sent to another concentration camp named Stutthof. In January 1945, after three degrading, dehumanizing months there, we were forced on a death march to the Baltic Sea. All around us, women were dying from starvation and the cold since we walked barefoot in the snow with little clothing. Those who could not keep up were shot. When we reached the water the Nazis were pushing everyone onto boats that were riddled with holes so that everyone would drown. Somehow, at the moment we were being forced onto the boat, the Allied forces flew overhead. We ran to hide. My sister and I spent the remainder of the war in a series of labor camps posing as Catholic girls.

After the war I returned to Lodz where I met and married my husband Morrie Kingston. In 1948 we immigrated to the U.S., making our home in Los Angeles. After three days in Los Angeles, my husband started working hauling crates of shoes at a warehouse. We immediately began creating our American lives. We built a successful knitting mill business. We are proud parents of two grown children and delighted to be the grandparents of four. My American dream was for my children to be educated. That dream became reality. I constantly remind them that it is their obligation to lead the opposition wherever and whenever injustice and discrimination appears. 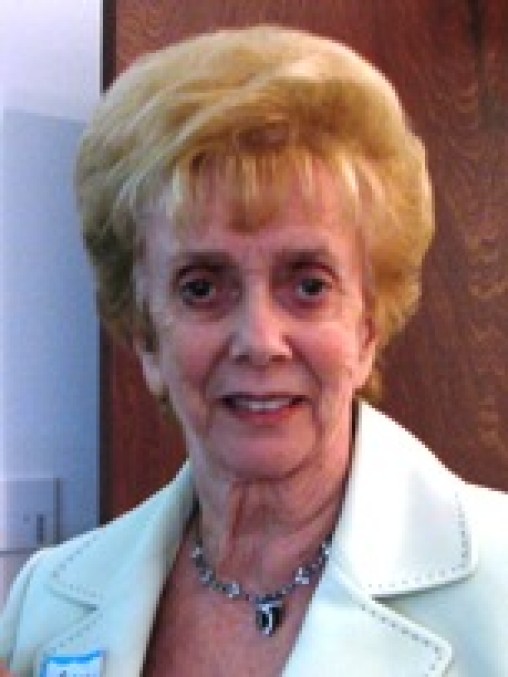