I was born on November 29, 1926 in Unna, a small town in western Germany where perhaps 150 Jews lived. My parents, Regina and Chaim, were both of Orthodox Jewish Polish origin. I was raised in a moderately prosperous home. My father was a merchant who dealt in leather, hides and fur.

Preschool and the first two years of public school were a pleasant experience. Around 1934 a gradual change occurred. Since I was one of only four Jewish children in a school of 600 or more boys, I experienced a progressive sense of isolation and alienation. My new teacher, who proudly wore his Nazi party emblem, singled me out for verbal and physical abuse; on more than one occasion, he told me to go back to where I belonged, Palestine. My erstwhile friends taunted me with anti-Semitic remarks. Many days I fought my way to and from school. Siegfried, who had been my best friend, joined the Hitler Youth and spurned my company, eventually even joining my tormentors on the street. My home and our synagogue became my only havens from hostility. More and more I became a young street fighter, using anything at hand to protect myself.

In 1936, my older brother, Salomon, went to the U.S. under the aegis of relatives with whom he later lived. My parents managed to sign me up for immigration to the U.S., and in early 1938, I arrived here with one of the few American-Jewish sponsored children’s transports. The Jewish Social Service of Albany, New York found a foster home for me with a poor Jewish family, who were paid $8 per week for my room and board. They needed this money but resented me and all the refugees who were coming from Europe and taking away their jobs, and my home situation was extremely unhappy.

In October 1938, the remainder of my immediate family along with all the other remaining Polish Jews in Germany were forced by the Nazi government to leave the country and were ghettoized in Zbaszyn, a no-man’s-land between Germany and Poland. During the summer of 1939, my older sister, Hannah, managed to go to London as an au pair. My parents and younger brother, Herbert, were finally permitted by the Poles to go to Rymanow to join relatives there. Shortly thereafter, World War II started. My parents and brother were trapped in the German occupied zone of Poland, and perished in the Plaszow or Belzec camps in the summer of 1942.

I left Albany to study at the University of Wisconsin, Madison. By working several jobs, I managed to eke out a meager sustenance while finishing a year of college. I was really and truly living hand to mouth. I was keen to enter the U.S. Army because of a desire to find my loved ones in Europe and to punish the Germans. As an “enemy” alien, I could not volunteer for duty. In January of 1945, however, I was drafted into the army; I ended up in the Philippines and then Japan. Two years later, with all the benefits of the GI Bill, I returned to the University of Wisconsin and then went on to medical school.

In 1995, I retired from my practice as a general surgeon, moved to Santa Barbara, and have since found much joy in living among and tending to my trees, admiring my magnificent rocks, and sculpting. I have been incredibly fortunate with the love of a truly remarkable wife, Beverly, three terrific children, and many long-standing friends. My abiding love for Judaism is an ever present source of strength. I shall always be grateful to the United HIAS Service for saving my life by enabling me to leave Germany. Despite the fact that America might have saved many more of my people from the Holocaust, I also feel intense appreciation for my country. I am constantly grateful to Israel and its valiant people for the pride I feel in its accomplishments, and the sense of security we Jews have that there will always be at least one country where we are welcome. 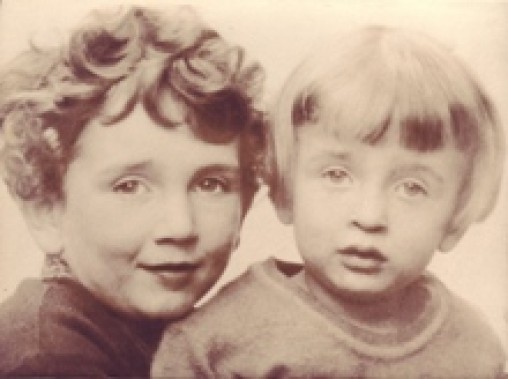