In 1996 the Herman P. and Sophia Taubman Foundation established a Symposia in Jewish Studies at the University of California, Santa Barbara that achieved national recognition for innovative and interdisciplinary programs. Through its generous support, the Taubman Foundation is enabling the IHC to host conferences, lecturers, performances, residencies, and exhibits by eminent writers, critics, scholars, journalists, civic leaders, artists, actors, musicians, dancers, filmmakers, and other invited guests. Such programs are intended to deepen scholarship in the field of Jewish Studies as well as to enrich the understanding of Jewish history and culture.

In 1999, the Herman P. and Sophia Taubman Foundation established an endowment to perpetuate and build upon this remarkable and diverse program dedicated to academic and public education in Jewish culture. 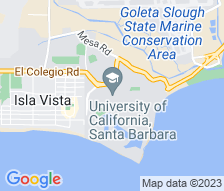