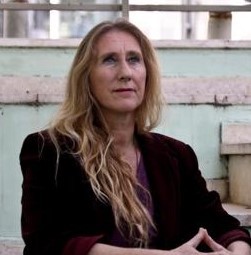 Join Dr. Gayil Talshir, visiting professor at the Nazarian Center for Israeli Studies at UCLA, for a discussion on Israel's political landscape and what it means for democracy. A light breakfast will be served.

After four cycles of elections in 2 years, and a fifth one lurking behind the summer session of the Knesset, how does Israeli democracy fair? Judging by the last Economist Democracy Index, Israel has just climbed to the 23rd place. However, Israeli politics have transformed over the last decade. The traditional left-right axis, constituting Israeli politics for half a century based on the Israeli-Palestinian conflict, has given way to another internal cleavage of politics of identity: between Jewish and Israeli, between the National Camp or the conservative bloc, and the liberal one. But how did Likud, formerly Herut (Liberty) party, come to lead the conservative bloc? Where did the left disappear? What does Netanyahu’s rule have to do with it? Will the Bennet-Lapid coalition survive? Is Israel still both Jewish and Democratic as envisioned by the Declaration of Independence in 1948? Deciphering the ideological changes may indeed expose how politics of identity reshaped Israeli democracy.

Dr. Talshir has her DPhil from Oxford University where she wrote her dissertation on the political ideology of the Greens in Europe. She is a tenured researcher at the Political Science Department of the Hebrew University where she has established and led the Center for Advanced Public Policy and the MA Program for Top Civil Servants in Public Policy as well as the President’s Program for Academic Leadership. She explores the ideological scene as a dimension of the crisis of democracy. Talshir recently led two research groups and published two books on higher education and democracy, and on governability and democracy. Her forthcoming book, Judeocracy, analyzes the ideological transformation and structural changes in the Netanyahu era. She is a visiting professor at the Nazarian Center for Israeli Studies at UCLA for 2022.

RSVP to Jared Stenz at jstenz@sbjf.org.