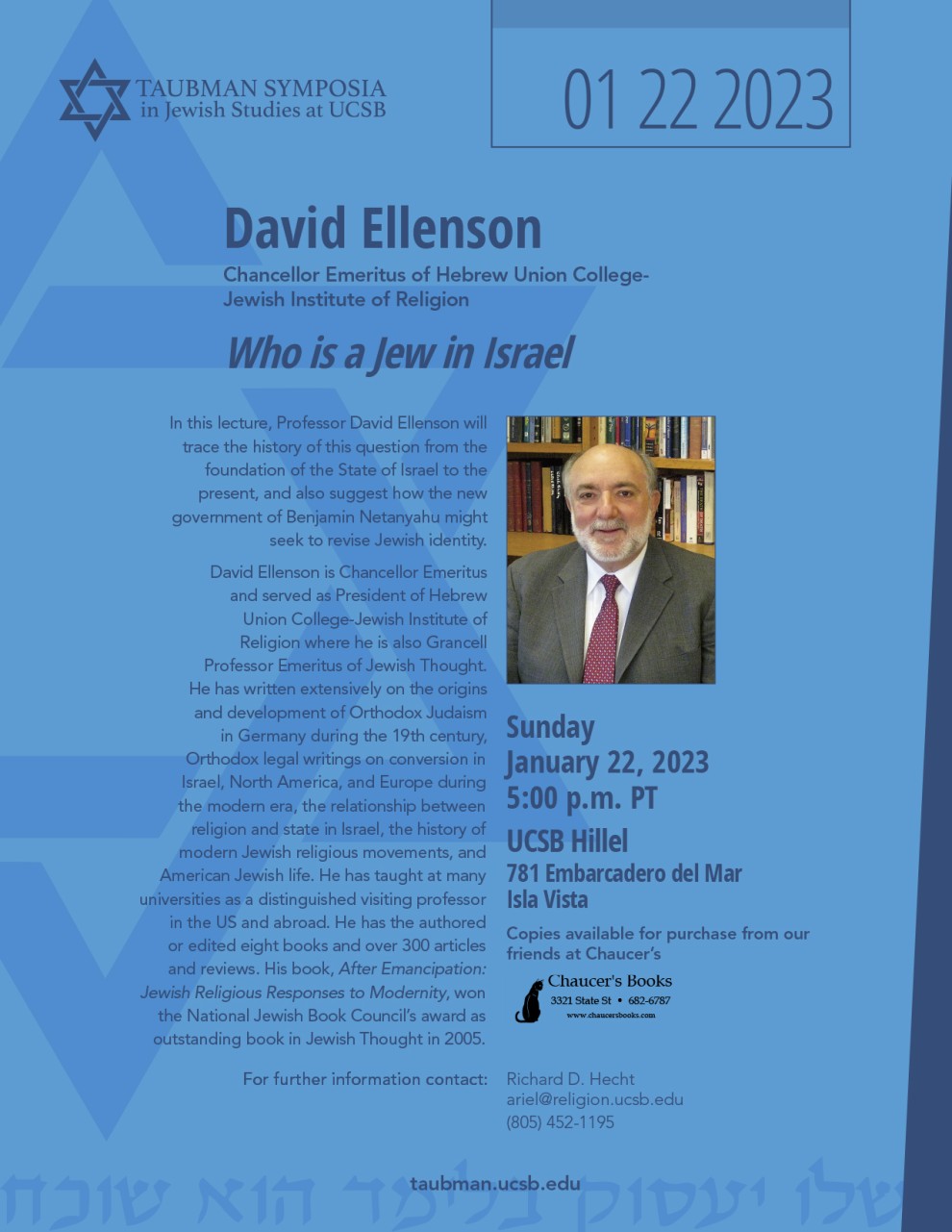 In this lecture, Professor David Ellenson will trace the history of this question from the foundation of the State of Israel to the present, and also suggest how the new government of Benjamin Netanyahu might seek to revise Jewish identity.

David Ellenson is Chancellor Emeritus and served as President of Hebrew Union College – Jewish Institute of Religion where he is also Grancell Professor Emeritus of Jewish Thought. He has written extensively on the origins and development of Orthodox Judaism in Germany during the 19th century, Orthodox legal writing on conversion in Israel, North America, and Europe during the modern era, the relationship between religion and state in Israel, the history of modern Jewish religious movements, and American Jewish Life.