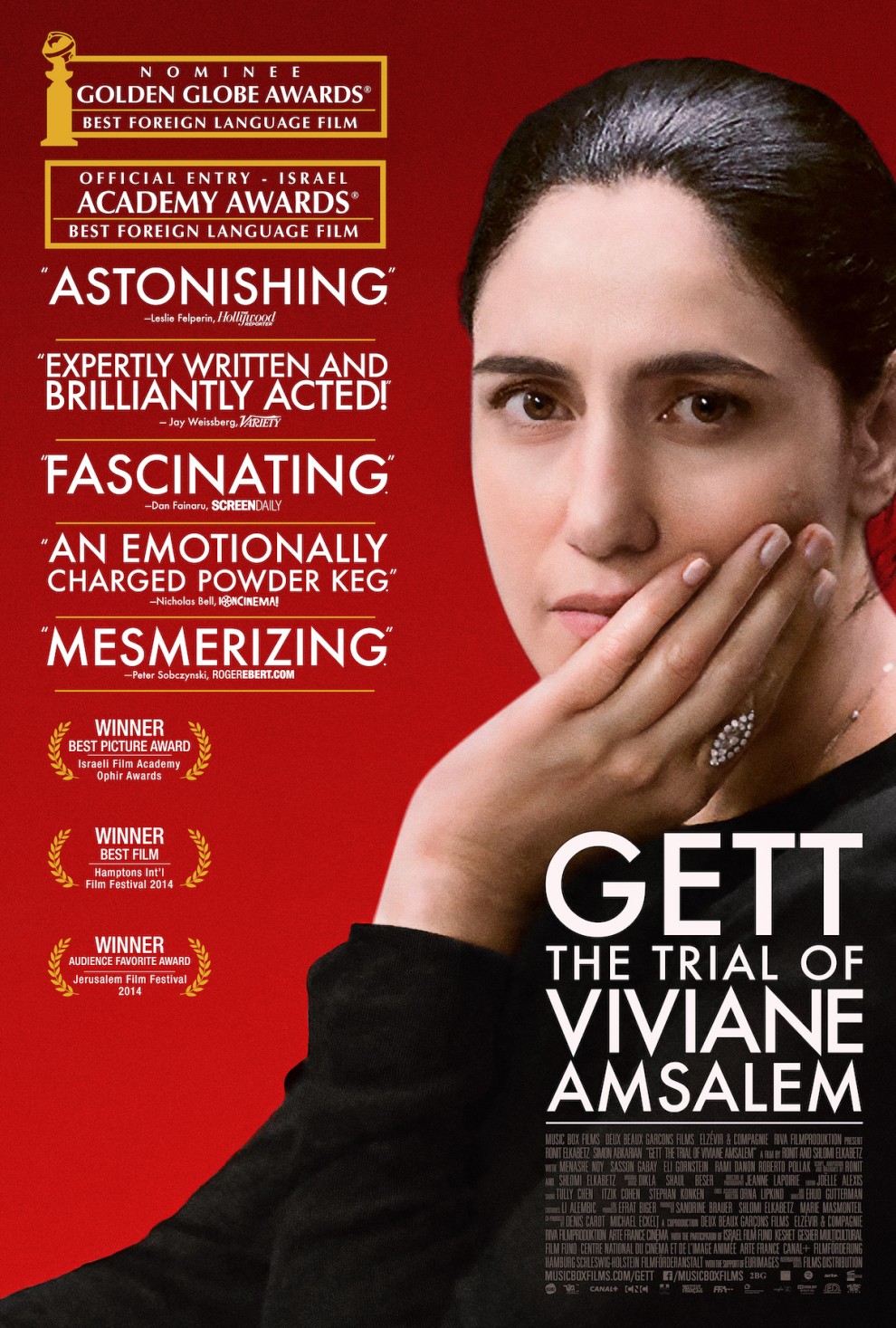 December's film is Gett (2014). Available to rent on YouTube.

Synopsis: Trapped in a loveless marriage, Viviane Amsalem (Ronit Elkabetz) has long sought a divorce from her devout and stubborn husband Elisha (Simon Abkarian). But under Israeli law, all divorce proceedings are overseen by an Orthodox rabbinical court, which can only dissolve a marriage with the husband’s consent. And despite their estrangement, Elisha refuses to grant Viviane a gett (bill of divorce), inciting an intense domestic battle of wills. Fearlessly acted, written and directed (with her brother Shlomi) by Elkabetz (The Band's Visit), one of Israel’s finest actresses, Gett: The Trial of Viviane Amsalem is at once a brilliantly-crafted and riveting courtroom drama, and a searing indictment of an uncompromising and archaic legal system.