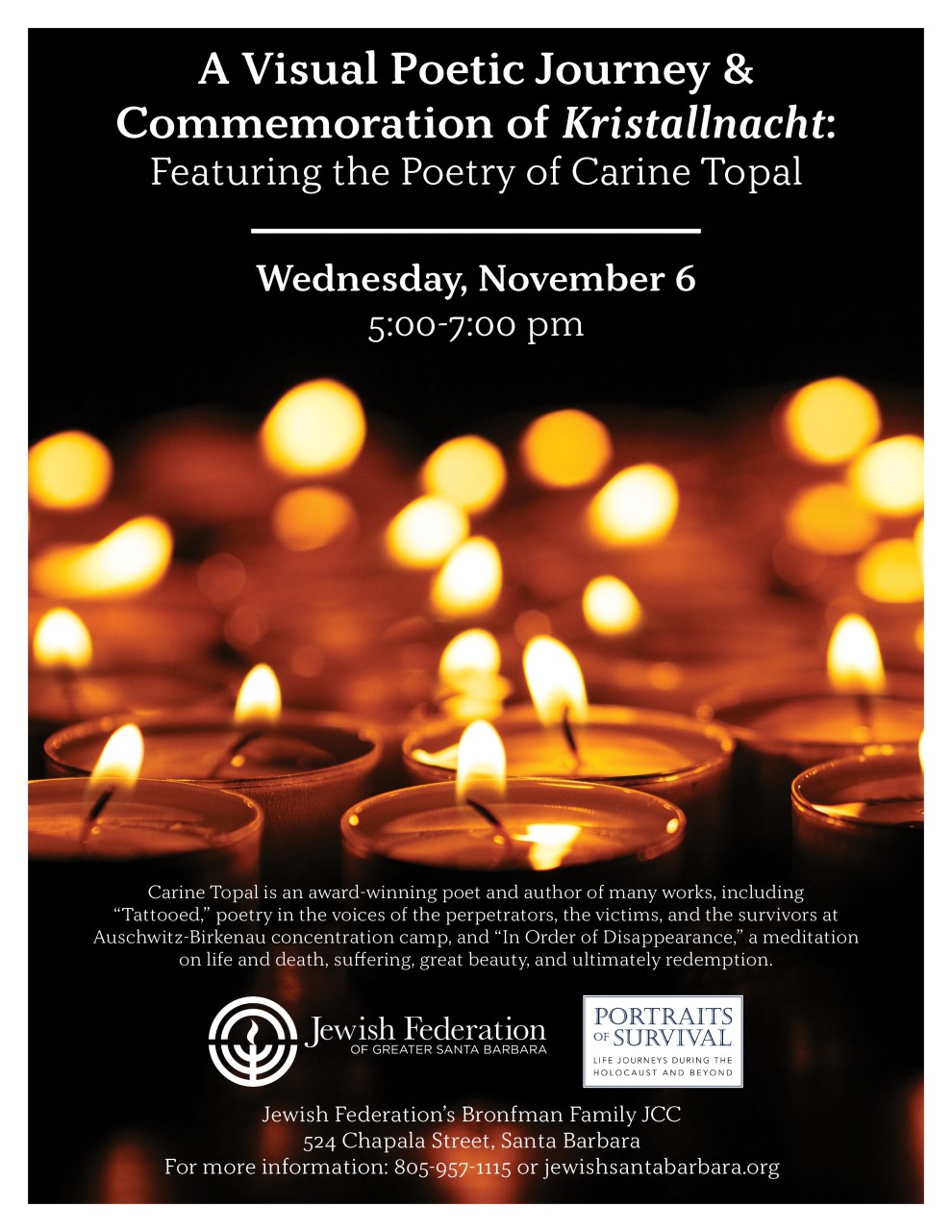 81 years ago, on the night of November 9, 1938, rampaging mobs throughout Germany and the newly acquired territories of Austria and Sudetenland freely attacked Jews in the street, in their homes and at their places of work and worship. At least 96 Jews were killed and hundreds more injured, more than 1,000 synagogues were burned (and possibly as many as 2,000), almost 7,500 Jewish businesses were destroyed, cemeteries and schools were vandalized, and 30,000 Jews were arrested and sent to concentration camps. Many historians consider Kristallnacht (The Night of Broken Glass), the first public display of widespread violence against the Jewish community in Germany, to mark the start of the Holocaust & the devastation to come. Join the Jewish Federation of Greater Santa Barbara and Jewish Family Service in commemorating Kristallnacht and honoring our local Holocaust survivors with poetry by Carine Topal. Carine Topal is an award-winning poet and author of many works, including “Tattooed,” poetry in the voices of the perpetrators, the victims, and the survivors at Auschwitz-Birkenau concentration camp, and “In Order of Disappearance,” a meditation on life and death, suffering, great beauty, and ultimately redemption. Free and open to the public.