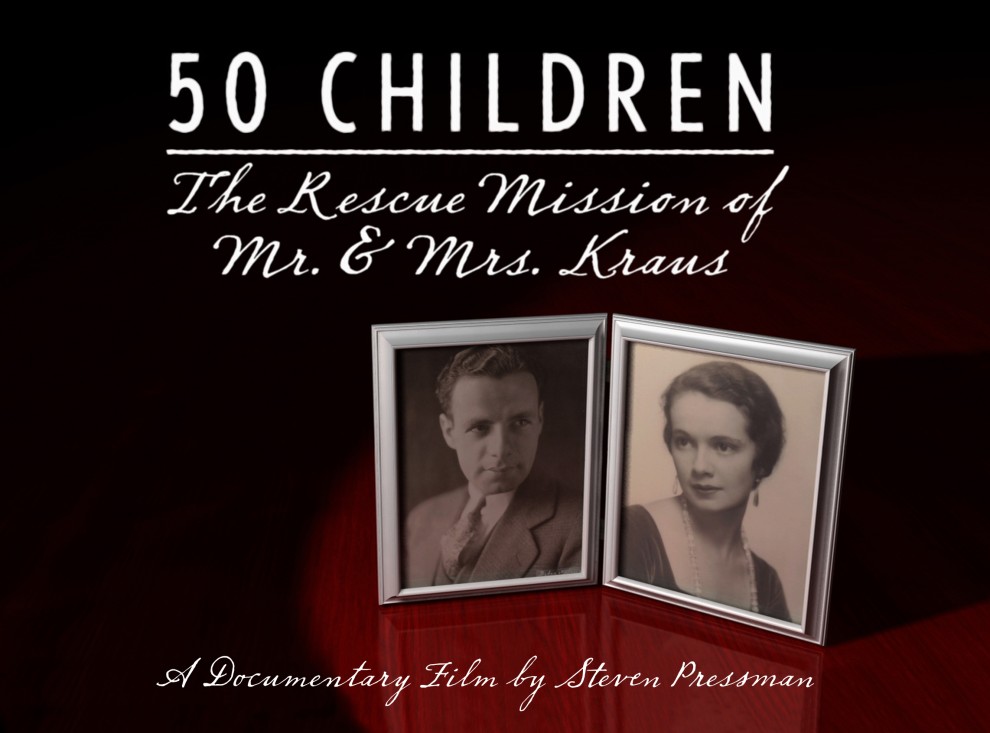 50 CHILDREN: THE RESCUE MISSION OF MR. AND MRS. KRAUS tells the dramatic, previously untold story of Gilbert and Eleanor Kraus, a Jewish couple from Philadelphia who followed their conscience, traveling to Nazi-controlled Vienna in spring 1939 to save a group of children. Amidst the impending horrors of the Holocaust, they put themselves in harm’s way to bring what would become the single largest-known group of children allowed into the U.S. during that time.

Film followed by a talk with filmmaker Steven Pressman.

Books signed by the Filmmaker will be for sale following the talk.