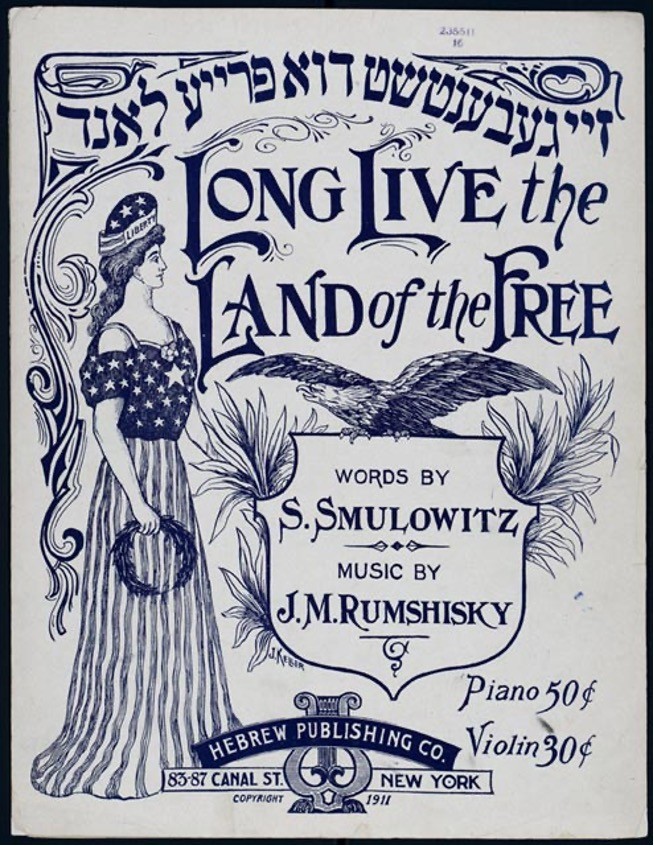 “What strikes me as a visitor to this country is the joyous, positive attitude to life – the smiles on the faces of the people is symbolic of one of America’s greatest assets, a friendly, confident, optimistic land. More emphasis is laid on the ‘we’ than the ‘I.’”

– From Albert Einstein’s “Some Notes on My American Impressions” (1921)

The first Sabbath of July also brings with it upon its conclusion this Sunday the 4th of July – and an opportunity to reflect upon this day for ourselves and our country. Of course, as the pandemic thankfully begins to wind down, it gives us a chance to celebrate and gather with friends. But what meaning can we find in the day? The meaning behind Independence Day and our freedom as a nation are themes that can add depth to our celebrations and enrich them, if we choose to be aware of them. It may sound contrived, but when we come together, even taking a moment to pause and reflect as a group about what the day means to us can be important and add a dimension to the pure fun of the day. These kinds of moments also have a powerful way of making memories in a family and elevating a gathering to another level. After all, many of us have a powerful connection with America – we are veterans, we are immigrants, we are citizens of a country with an important past, still writing its future for all of us, together.

We are a nation of immigrants – for the most part, we or our forebears all come from somewhere else, creating a rich melting pot, a land full of stories and fascinating histories within our shores. For decades, people have been seeking refuge and new opportunities in this country from diverse lands and for a variety of reasons. Some very famous – and some with no celebrity to speak of but making names for themselves in a new world. Albert Einstein, quoted at the top of this column, was visiting this country from his native Germany in 1933, as he had done so a decade before, having liked what he saw, but this time, Hitler had just come to power and he decided not to return. He became an American citizen in 1940 and began his illustrious scientific career here at Princeton, and in addition, became involved in many issues of the day. Clearly, as a German Jew, he would likely have had a different fate had he returned to his homeland. But of course, these are the stories we know – there are so many which we do not. And these stories are the priceless histories upon which our country is built. So, as we gather this July 4th, if you have not done so already, ask each other: What is your American story? Perhaps, you can share these stories with each other. And if you are alone, write your story down – send what you know to a loved one. Even if it’s just a few details, it is your story.

My American story is on my father’s side, as my maternal grandparents emigrated from Hungary – or what is now Ukraine – to Canada. (And as I write this to you on Canada Day, I do want to acknowledge the important role my Hungarian turned Canadian grandparents played in bringing my relatives over who survived the Holocaust – and the country of Canada was terrific, too.) But my paternal grandparents emigrated from shetls in the Kiev region of Russia at the end of the 19th century in the 3rd large wave of Ashkenazi Jewish immigration, fleeing persecution and poverty – much like the “Fiddler on the Roof” story. My grandmother, with whom I was very close, used to describe frightened nights hiding in the cellar in her village during many of the pogroms – riots, when the Russian soldiers came through, mostly to scare them, but sometimes to rob them and threaten them with worse. I still have the hand painted oil lamp she gave me that they kept in that cellar, so they could see on those dark, frightening nights. When they came to America, my grandmother had two small children (my uncles) and was just 18 years old, having been married at the typical age of 16. Another uncle or two were born in New York, my aunt in San Diego, and finally, my father, the youngest, in the Boyle Heights area of East Los Angeles, where they settled.

In Boyle Heights, now a historic district where many Jews settled, my grandfather set up the business he knew as a Kosher chicken slaughterer – a “shochet.” The ritually observant Jewish families who came from Europe needed Kosher poultry, so this was a successful venture, with one of his sons joining him in the business, later becoming an executive for Empire Kosher Foods. Eventually, the family moved to the Fairfax area of Los Angeles – and my father lobbied to go to public school for high school, and then UCLA for college and graduate school. It was this graduate program in physics that my father, whose yahrzeit I am observing this week, decided not to complete and to apply to Rabbinical school instead. Although very proud of their son, my Orthodox grandparents had to deal with the fact that my father decided to become a Conservative Rabbi, as he believed strongly in the equal rights of women, even then. Unfortunately, my grandfather passed away just one month before my father’s ordination from Rabbinical school, his marriage to my mother, and his joining the army as a Chaplain, serving at Fort Ord during the Korean War, his first rabbinical post. I know he would have been proud!

A year ago in the message before July 4th, I offered a prayer for America – and to conclude, I would like to restate a small portion of that prayer. No country is perfect, but we are so blessed to live in a land in which we can engage, effect change and become involved in the things which are important to us. I hope we can continue to embrace our stories and those of others we know, and perhaps those we do not, understanding our American identities better, as they are an intrinsic part of who we are:

“Our God and God of our ancestors…Unite the inhabitants of our country, of all backgrounds and creeds, so that we may banish hatred and bigotry, safeguard our noblest ideals, and preserve those institutions which nurture liberty. May this land under Your Providence be an influence for good throughout the world, helping us to unite all peoples in peace and freedom.” Amen.

Wishing you all a peaceful Sabbath – and safe and happy 4th of July holiday,

Photo caption: Patriotic songs in Yiddish expressing the immigrants’ love for America were popular among the new arrivals to this country. This sheet music from 1911 shows loyalty to the “Land of the Free,” with the opening words: “To express devotion with every fiber of one’s being to this Land of Freedom, is the sacred duty of every Jew.” Photo credit: The Library of Congress