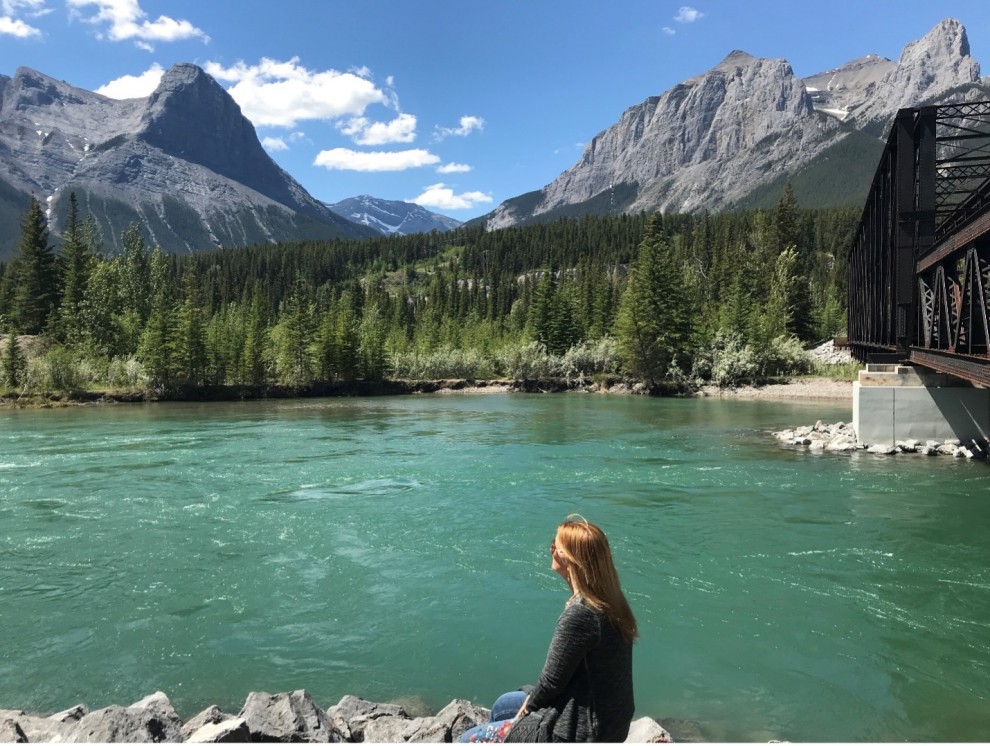 “No, no, we are not satisfied and will not be satisfied until justice rolls down like water and righteousness like a mighty stream.”

As Sabbath approaches this week, we have just passed the half-way point on the annual Jewish journey we take every year between the holidays of Passover and Shavuot – the 7 weeks of the Omer period. Traditionally a time of watchful anticipation, perhaps more relevant in the agricultural society of ancient Israel as harvests were crucial for livelihood, there is a religious significance as well, as the freedom of Passover moves toward the responsibility of the Torah and laws given at Mount Sinai on Shavuot. However, this week, there seemed to be another parallel: our country, and frankly the world, waited with anticipation for the verdict in the trial of the officer accused in the George Floyd case, with many concerned about the outcome. As a nation, we have been through many high-profile trials – in fact, living in Los Angeles at the time, I remember the Rodney King trial and verdict all too well – but this one, seemed to have a particular significance for our society. And so, we watched the trial and the moving and often heartbreaking testimony of the witnesses, re-watching the video taken of the event and forcing ourselves not to turn away, which was difficult. As we watched, we saw the re-traumatization on the faces of the witnesses, as they broke down giving testimony. It was interesting that this same week, the Centers for Disease Control (CDC), about which we are generally used to reading Covid-related information these days, released a powerful statement that racism should be considered “a serious public health threat,” impacting both the physical and mental health of millions in our country, and thus a profound, pervasive issue for our nation.

“Do not stand idly by the blood of your neighbor” (Leviticus, 19:16). You may know the quote from our Torah, which speaks to standing up for injustice and doing the right thing – being an upstander, rather than a bystander. An important distinction, one who stands “up,” rather than one who stands “by.” Thus, when the verdict in the trial came down and the defendant was found guilty on all counts, that was the message which I took away from this dark chapter. We want to be a society of upstanders, we want to be the person who cannot walk by and ignore injustice as it is taking place – and we want to teach this to our children. What was overwhelming to me in this case, was that many of the key upstanders were children themselves – they knew what was right, and they stood up for it. The young woman, Darnella Frazier, was only 17 years old when she took the cellphone video, without which there would likely not have been a case, risking her own safety when she was told by police officers to stop filming. She did not. The youngest upstander that day was 9-year old Judeah Reynolds, Frazier’s cousin, who spoke up and told the police simply to “get off of him.” So simple, it seems that even a young child understood what was taking place, as pointed out by the prosecution in the closing arguments. On the other hand, there were three bystanders that day – the other three police officers who watched the events and could have stopped it. In the same way that we teach about the importance of upstanders during the Holocaust – those who at great personal risk to themselves helped to save others – we must take that message and apply it to our own communities, pursuing justice for all, whenever we have the opportunity to do so.

And yet, we must not place the responsibility for a just society solely on the shoulders of individuals – we must commit ourselves to what many are now calling “Systemic Justice,” addressing the issues within the system and the very framework from which it stems. As I watched Darnella Frazier on the stand, my heart broke as she wept and said that she is haunted by guilt for not doing more for George Floyd, for not saving his life, even though her actions ultimately brought a measure of justice, they could not save him. But that is because the institutions themselves must be held accountable for the inherent injustice which are within them. And only serious and honest hard work on the part of all parties involved will accomplish this, after centuries of accepting what is. Ultimately, then, it is a shared commitment and responsibility between individuals doing what they can and the institutions we have put in place to make these changes. What the verdict brought was accountability in this case, but true justice is a long, arduous process, but so overdue – we dare not put it off a moment longer.

Finally, an important part of the solution is education, but again, a shared responsibility between individuals and institutions to teach the whole story – and the whole history. This week, Attorney General Merrick Garland visited two sites in Oklahoma City on the anniversary of the Oklahoma City Bombing. But in addition to that site, he also visited the site of the Tulsa Race Massacre in 1921, now called John Hope Franklin Reconciliation Park, as next month will mark 100 years since this little-known atrocity took place. In a moving interview there, he talked about this horrible chapter, in which hundreds of blacks were lynched and murdered by a white mob, with planes dropping homemade bombs from the skies. Garland spoke about his Jewish grandparents and the anti-Semitism they faced in Russia, and how being “the other” impacts his work now. In an emotional response, Garland said that all Americans have the right to feel protected, as his grandparents felt when they came to America – and that we are all obligated to protect each other. Schools need to teach this kind of history – we must lobby for them not shy away from it. And yet, as we learn about these kinds of events, as I did for the first time in this case, we have a responsibility to learn more on our own. Blaming an educational system for what we did not receive will not solve the issue. But working with our educational institutions, while at the same time educating ourselves is the answer – a commitment for ourselves and our children. Elie Wiesel said: “The opposite of love is not hate, it is indifference.” If we do not commit to education, we are indulging in indifference.

Wishing you a Shabbat Shalom – a Sabbath of peace and well-being,

Photo caption: One of the “mightiest streams” I've ever seen is this one in the Canadian Rockies, the Bow River, near the birthplace of my mother, in Calgary, Alberta. After the turmoil of these last days – and in honor of Earth Day – I thought I would share a photo of this beautiful place.