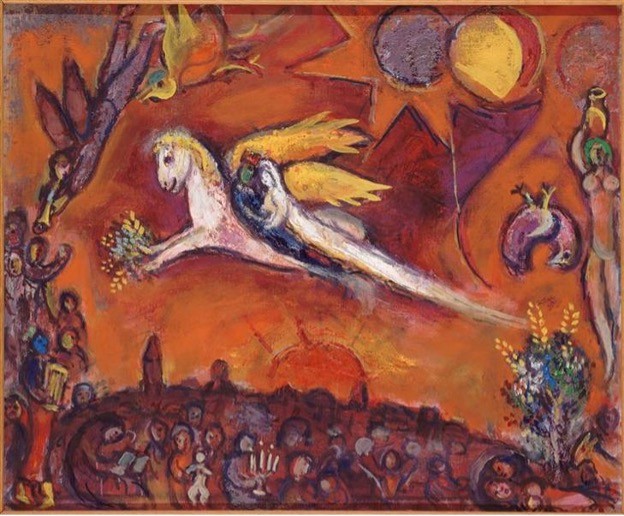 As Sabbath arrives this week, so do the closing days of the week-long Passover festival. As I write this, I reflect on yet another mass shooting in our country – the third in as many weeks. Each week for the past three weeks, I have tried to comment on our outrage and grief. I am running out of words. But last week, when we removed the chametz from our homes in anticipation of Passover’s arrival, searching for the leavened crumbs for the ceremonial burn, I was struck by the meditation on this age-old process in my Haggadah – and it seemed to fit the mood in the country. So, now, as we are here again, I will share the words of this reflection, said after the removal and burning of the chametz:

“Adonai, our God and God of our ancestors, just as I have removed all chametz from my home and from my ownership, so may I evict the evil inclination from my heart, and may You dislodge the evil from the earth.” (The Rabbinical Assembly Haggadah)

Thus, Passover acknowledges the evil that exists, and that we must strive to seek the good. We are aware of the hate surrounding us, but we can choose to focus on love as much as we can.

One of my favorite Passover traditions is all about love – and does not take place at the Seder – it is the chanting of biblical Song of Songs on the intermediary Sabbath of the holiday. One of the five scrolls which are found in the third section of the Jewish bible, each of which is chanted publicly on a particular Jewish holiday, Song of Songs has a unique appeal. What is so special about this book attributed to King Solomon to a fairly late period of the third century BCE? Only that it is perhaps one of the most erotic collections of love poetry you may ever read – really! Not something you might expect to find included in the canon of the Jewish bible! Throughout the eight chapters of the book, the lovers are described in very real, physical, and sexual terms – and in the style of Middle Eastern love songs of the time, far-fetched similes are used to describe every aspect of them. In addition, Eretz Yisrael – the Land of Israel itself plays a role and is described in lush and erotic terms, the sights, sounds, and smells, are intoxicating. When you read the sensuous words, you are transported into the garden with the lovers:

“My beloved is mine and I am his – who browses among the lilies
When the day blows gently, and the shadows flee?
Set out, my beloved, swift as a gazelle or a young stag, for the hills of spices!”
(Song of Songs, 2:16-17)

These poems have become the lush love songs of our people, sung at weddings, turned into folkdances. But why do we chant them on Passover? There is not one mention of God in the book, yet, along with the erotic, came an allegorical interpretation from our Rabbis. And thus, this great physical love described, became symbolic of the love between the Divine and the Jewish people on this holiday that we celebrate our redemption from slavery and birth as a nation. God took us out of Egypt, and we therefore have a great love and a deep, unbroken relationship, forever.

Of course, we already know that Passover is about song and celebration. Our Seders are filled with song from various sources. But most importantly, we know that the first thing the Israelites did when they emerged safely from the Sea was – they SANG! Our Torah recounts the song we still say as a daily prayer today: “Mi chamocha ba-eylim Adonai, Mi ka’mocha, ne’edar bakodesh!...” “Who is like You, O Divine One among the mighty? Who is like You, glorious in holiness, revered in praises, doing wonders?...” Led by the prophetess Miriam, the women sang with their timbrels and tambourines, this powerful song of thanksgiving and redemption we will never forget.

And speaking of the power of music and memory…there is a program coming up next week to commemorate Yom HaShoah – Holocaust Remembrance Day – which I hope you do not miss. It is called “Violins of Hope.” This one-hour event next Wednesday evening at 6:00 pm, will not only be a commemoration, but an opportunity to learn and be inspired by this moving program. We will be reminded that music has the power to heal and to bring hope, even to the darkest chapter of human history, as we will hear about the restoration of these instruments and their new voices, their new songs, after being silenced during the Holocaust. Once again, good over evil; love over hate.

Wishing you all a peaceful Sabbath – and a Chag Pesach Sameach, a happy close to Passover,

Image caption: Later in life, between 1958-1965, the Jewish artistic master of Russian-French origin, Marc Chagall, created a five painting series depicting scenes from The Song of Songs. Here, in Song of Songs IV, we see literal images of physical love combined with those of the Divine. The physical with the spiritual – our own love story, along with our people’s journey.