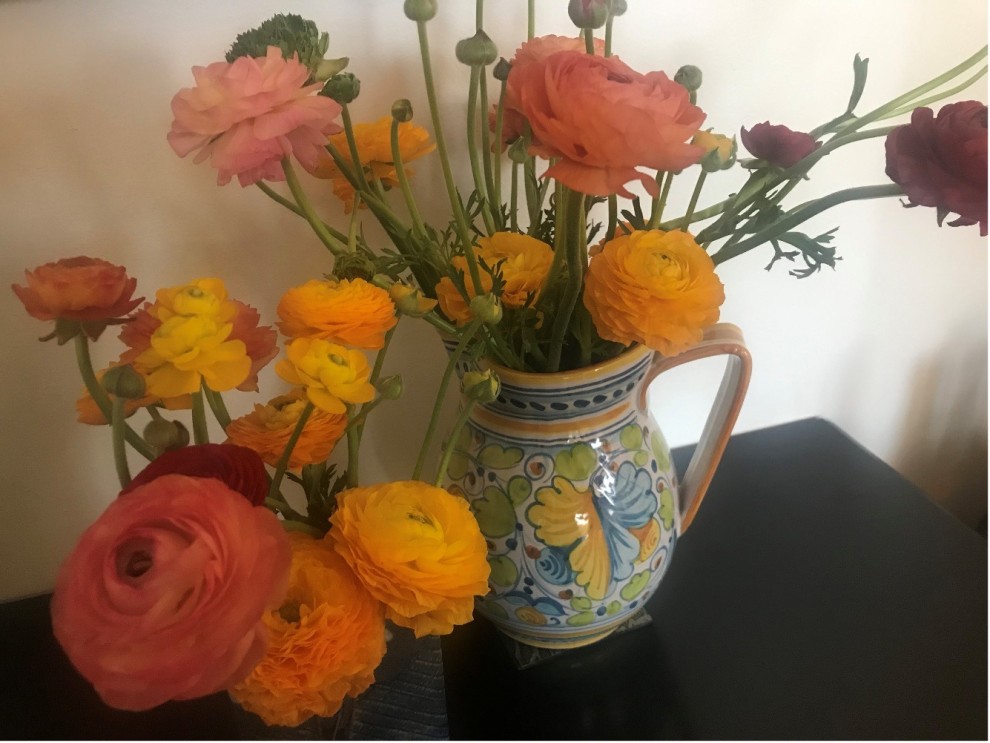 “On Passover, we recall that as a people we were all enslaved – and we forever remain only one small march away from that state of bondage – so we must always feel gratitude for our redemption. And gratitude is the overflow of a humble heart.”

To my dear Federation Family… If we have learned anything in these last 10 days – and frankly, in the last year – it is that life is fragile and that in a moment, everything can change. As we prepare for the Passover holiday, which arrives on Saturday evening as Sabbath departs, we know we have been here too many times before, and yet we struggle to make sense of another senseless tragedy. Innocent lives cut short doing something as ordinary as grocery shopping – it could have been any of us. Having spoken of heavy hearts last week in this space, it’s hard to imagine how much heavier our hearts can become. Our lives are as fragile and brittle as the matza which will be on our Seder tables. We are angry, we are sad, we are afraid – or perhaps we are motivated to get involved in the issues and take action. At the same time, we must also somehow find the energy to move forward and get ready for the holiday, which may provide some structure and comfort at a time like this. Indeed, Passover itself contains some wisdom to help us now. Rabbi Wolpe notes that the holiday reminds us that we are just one step away from pain, difficulty, and sadness; one march away from slavery. Our lives hang in the balance.

But this year, as Passover approaches, we have also become stronger – we are not who we were when we entered the “Mitzrayim” – the Egypt of the pandemic. Last year, when we celebrated Pesach (Passover), the ordeal of the pandemic had just begun and we had no idea what was in store for us, which in some ways, protected us from the prolonged ordeal of what was to come. The Hebrew word for Egypt, “Mitzrayim,” comes from the word which means “a narrow place,” a place without possibility or opportunity. Many times over this year, we felt as if we were in such a narrow place, we were afraid, we were uncertain and we did not see our way out of the darkness. But now, a year later, we may still not be quite yet able to gather for large Seders, but we seem to be emerging from the sea of uncertainty following this dark time.  And, coming through the ordeal of the Sea of Covid, we have learned various lessons along the way. We have been reminded about the preciousness of life and what is truly important. We have learned about the power of our own resiliency. We have also remembered about the importance of the power of connection with one another – and the power of humility and gratitude. In a recent talk to his congregation in Los Angeles, Rabbi Wolpe asked the age-old Passover question: “Why is this night different from all other nights?” And he answered: “Because we get to sit and celebrate in security. And in Jewish history that is not to be taken for granted.” And I would add that nothing about our lives should be taken for granted.

Every year, during the Seder we read the line: In every generation, every individual should see him or herself as if they themselves had actually been redeemed from Egypt.” However, if we stop the sentence midway through in the Hebrew, we are left with these words: “B’chol dor vador, chayav adam lirot…” Essentially, the text is saying that in every generation and for all time, it is incumbent upon each one of us to “lirot” to LOOK and to SEE ourselves for what we truly are. And herein lies an important message of Passover. When we engaged in the pre-Pesach ritual of Bedikat Chametz – The Search for Chametz in our homes last night, generally done the night before Passover, but this year, done one night earlier because of Sabbath arriving the night before the holiday, this search is much more than simply removing breadcrumbs from our homes. Symbolically, as we walk through our houses with a candle and feather to gather the chametz, we must also look inward and remove the ego we all carry. Not an easy task, but one to consider, as we strip away the arrogance of our lives, which weighs us down. For this is the true gift of matza on this holiday, to remind us of this message of humility.

Finally, a word about heroes on this holiday – we know about Moses and his brother, Aaron, but you may not know that their sister, Miriam, may be the biggest heroine of the Passover story, at least according to the Talmud and our legends! Sometimes, it’s the material which didn’t get included in the main sources which is the most interesting. But the Talmud itself claims that three great leaders led the Israelites out of Egypt: Moses, Aaron, and Miriam. Not only is Miriam credited with providing a wandering well for the people after their redemption from slavery, which apparently dried up upon her death, she also did some other miraculous things, as well. According to legend, as a young child, she scolded her parents for stopping their marital relations – for fear they would conceive another male child, who would then be killed in accordance with Pharaoh’s edict to restrict the growing Israelite population. She admonished them, saying they were doing Pharaoh’s work for him, killing off any chance of a future child. Indeed, her parents reunited and Moses was conceived, who eventually saved the people. And, of course, it was Miriam who had such faith in the Divine that our people would be redeemed, that she encouraged the women to pack their musical instruments, as they fled Egypt, so they could celebrate, singing their praises on the other side of the sea, as we emerged a free people.

Wishing you a Shabbat Shalom – and a Chag Pesach Sameach – a Happy, Healthy Passover, with a prayer for Next Year in a Covid-free “Jerusalem” for us all!

Photo caption: Passover brings thoughts and memories of family gatherings – and perhaps, bittersweet recollections of loved ones no longer with us. On my holiday table, I always include my mother’s favorite spring flowers, ranunculus, reminding me of her fierce love of this festival. As I clean my home of chametz and prepare her chicken soup recipe, she will be with me.