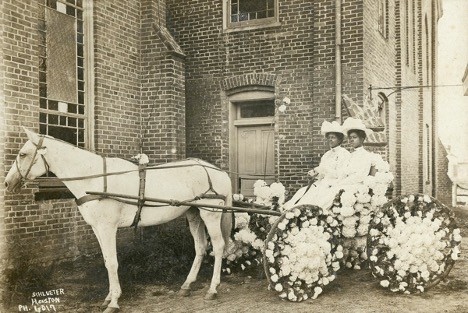 “Proclaim liberty throughout all the land unto all the inhabitants thereof.”
– Inscription on the Liberty Bell from the Torah (Leviticus 25:10)

As Sabbath arrives this week, we officially move from spring to summer – and the changing seasons remind us of the cycle of our lives and how we mark our important days. As Jews, we have two calendars which help us to organize our year and the sacred or special days which punctuate our lives – the Jewish calendar and the secular one. Seasons and holidays give our year a rhythm and our days special meaning, as we move through our journey on earth. And when new commemorative days are added to our year, this can sometimes require an adjustment, but on the whole, we are all enriched by these changes. In fact, it was not that long ago that Martin Luther King Jr.’s birthday became a holiday to be observed on the third Monday of January. Although the campaign for a federal holiday began soon after his assassination in 1968, it was signed into law by President Ronald Reagan in 1983, and the first day it was officially observed was January 20, 1986. Similarly, Juneteenth, which is actually the longest-running African-American holiday having been observed in some areas of our country since at least the end of the 19th century, may now be much closer to becoming a national holiday, finally to be given the recognition it deserves. But first, a connection can be made...

The other cycle we embrace as the Jewish people is the annual cycle of our Torah readings, so that we complete a full reading every year. This week, the parasha – Torah portion we read is from the Book of Numbers and is entitled: Hukkat, which is often translated as “ritual law.” As is often the case, the portion contains many story lines, including: the Israelites are wandering through the desert and the prophetess Miriam dies; Moses in his frustration and thirst, hits the rock, instead of talking to it, which results in his being barred from entering the Promised Land; and his brother, Aaron, dies as well. But perhaps the most interesting and mysterious part of this parasha is the reason the portion gets its name: the explanation of the Law of the Red Heifer. Contained here is the unusual law about a perfect red cow and how it should be slaughtered, and the ashes used for certain purification purposes. No explanation is given as to why this law is presented and is to be followed. And that is the point – and the reason this law became so well-known. For we ultimately learn from our sages that there are two kinds of laws in Judaism: “Hukkim,” ritual laws for which no reason is given and are meant to be followed as presented without explanation and “Mishpatim,” civil laws which are logical and self-evident.

A distinction like this may be important when understanding various laws, but the bottom line is that no matter what, our laws must be ethical and create a moral society. Whether we are talking about a logical law we all understand like “you shall not murder,” or one without an explanation like “you should keep the Kosher laws,” none of these laws should be completely bereft of reason and purely arbitrary. But just like a parent who tells us when we are young to eat our vegetables, we may not understand the reason why, but we trust that there is a good reason for this rule we are asked to follow. And our special relationship is formed with the Divine through following these laws, including those we do not always understand – in fact, those are the ones which are more specific to us as a people. But, we are also a people who can question and be sure that ethics and morality are always at the core of what we follow. And this includes the laws regarding slavery – perhaps legal during Biblical times and into modernity, but thankfully determined not to be part of a moral society.

This brings us back to the history of Juneteenth, the day we are now, as of this week, much closer than ever before to observing as a nation, marking the end of slavery. Also known as Freedom Day, Jubilee Day, Liberty Day, and Emancipation Day, Juneteenth commemorates the official end of slavery: June 19, 1865. Although Abraham Lincoln signed the Emancipation Proclamation declaring the end of slavery in September 1862, it did not officially become effective until January 1, 1863. And during that period, slaves were freed at various times in different locations, with at least five known “Jubilee Celebrations” during that time. But the state of Texas, most remote of the Confederate States, was the major holdout. So, finally, on this day in June, the law was enforced by General Gordon Granger of the Union Army when he entered Galveston and in one moment freed the remaining 250,000 slaves in Texas. While the Emancipation Proclamation declared an end to slavery in the Confederate States, it was still legal and practiced in two Union border states, Delaware and Kentucky. Ultimately, slavery was abolished nationwide with the 13th amendment ratified on December 6, 1865. Thus, freedom was and continues to be a process, with the presence of moral law playing a pivotal role. A process for which we are all ultimately responsible.

And so, on the cusp of summertime, we commit to being aware of this new commemoration, and more than awareness, to add it to the cycle of our important days to observe as a nation. After decades of work and more than 150 years after the first celebration, just this past Wednesday, Congress passed the bill which designates June 19th as Juneteenth National Independence Day – an important step to come to terms with this history, incorporating the dark past with hope for the future.

Wishing you a Shabbat Shalom – a Sabbath of peace – and a special Happy Father’s Day wish to all the wonderful dads out there, and those whom you might be missing this year,

Image caption: In this early photo from 1908 taken at the Antioch Baptist Church in Houston, we see the two daughters of Reverend Jack Yates – Martha Yates Jones and Pinkie Yates – on a lavishly decorated carriage ready to participate in a Juneteenth parade in their community. (Photo credit: Houston Library Digital Archives)