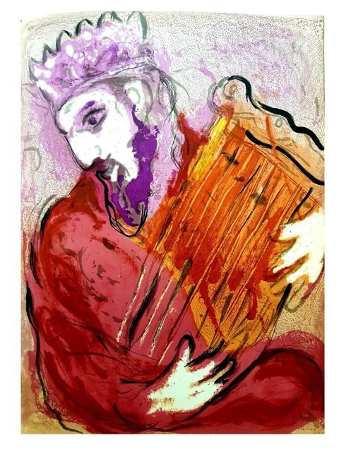 “There is an inner connection between music and the spirit. When language aspires to the transcendent, and the soul longs to break free of the gravitational pull of the earth, it modulates into song. Tolstoy called it ‘the shorthand of emotion.’ Words are the language of the mind – music is the language of the soul.”

As I sit and write to you today, with Shabbat thankfully on her way tomorrow, beautiful Baroque music is playing in the background. To be honest, I cannot live without it – it sustains me as I work and it nourishes my soul. I find it elevates my mood and even makes me think more clearly. Music also transports me to other places I have been and brings me memories of people and times long past. In full disclosure, I am a musician, and a singer at that. But I know many people who do not necessarily have a musical bent – and for them, it can still have a similar power. It is a unique language all its own. Sometimes, I even dream in song.

Judaism is a musical tradition – and has been so for millennia. Since Biblical times, we have been a musical people. It is clear that our ancient ancestors filled their lives with music – both instrumental and vocal. The ancient Hebrews used music in their daily lives, but also in their rituals. Archeological evidence shows a variety of instruments having been played in ancient Israel, and subsequently in exile. Music historians also know that in the Temples in Jerusalem liturgical music was elevated in union with ritual ceremonies, allowing for massive choirs and hundreds of musicians during numerous weekly services.

But, by far, the most important contribution to Biblical music was King David, the chief musician and composer of ancient Israel. The great David was known as the “sweet singer of Israel” and according to legend would play his harp for King Saul when the king was depressed, and immediately, his spirit would be restored. The 150 Psalms ascribed to David, which comprise the Book of Psalms in the Bible, serve as the foundation of Judeo-Christian hymnology – and many musicologists agree that no other poetry has been set to music more often in Western civilization. And, the most famous of all of those Psalms, which we recite daily in our liturgy, Psalm 150, names 9 musical instruments to be used in praise of the Divine: the shofar, lyre, harp, psaltery, drum, organ, flute, cymbal, and trumpet. Thus, the Psalm praises not just the Divine Creator, but also the music itself, which we use in the process of praising!

Thus, as Jews, when we pray, we do not read – we sing. When we engage with our sacred texts, we do not recite – we chant. It is truly remarkable, but over the course of centuries, an elaborate musical tradition has been created within our tradition such that every prayer and every text has its own particular melody. There is a different nusach (tune) for Shacharit, Minchah, and Ma’ariv (morning, afternoon, and evening) prayers, as well as different melodies and moods for a weekday, Sabbath, the three pilgrimage holidays (Passover, Sukkot, and Shavuot) and, of course, the High Holidays. In addition, there are different cantillations (called tropes) for different texts. There is one in a major key for reading Torah, a beautiful minor trope for reading Haforah (from the Prophets) and still other beautiful tropes for reading the 5 Megillot (Scrolls), which are read on special holy days. One of those scrolls, the book of Eicha (Lamentations), will be read this coming week on Tisha B’Av – the 9th Day of Av, and has a beautiful haunting melody all its own. As my sister, who is a gifted Cantor, says, if you are knowledgeable about these melodies, you should be able to close your eyes, hear a melody, and know where on the Jewish calendar you are – the day itself and even the time of day.

Finally, even the absence of music has power – with Tisha B’Av coming up next week, we are in the period of mourning leading up to this commemoration of tragedy. With the new month of Av having begun this past Wednesday, we are in an intense period leading up to this dark day next week. Although music is not technically prohibited during this period, it is often avoided during personal mourning. I remember losing my parents and wanting to observe this aspect of strict mourning and found the absence of music very difficult, but it somehow forced me to face the quiet of my grief – and for that I was grateful. It was a powerful time, this time without music.

With peaceful blessings for a Shabbat Shalom – and a hope that you find the music in your life,

What you are about to see is truly amazing. This is the largest virtual choir ever assembled, over 17,500 voices from 129 countries brought together to sing Eric Whitacre’s “Sing Gently,” written for the current pandemic and released this week. I apologize for the long video, the song itself is only about 3 minutes, but the credits are about 7 (since he wanted to give everyone credit!), but I wanted to show you the original version. As I watched this, I was struck by the fact that the word “universe” literally means “one song” – and through this one song, one can sense a broken universe being repaired – Tikkun Olam through song. https://www.youtube.com/watch?v=InULYfJHKI0

If would like to learn more about this production and how the choir came together, check out this piece from CBS Sunday Morning for the back story: https://www.youtube.com/watch?v=uS0ioMnVdHw