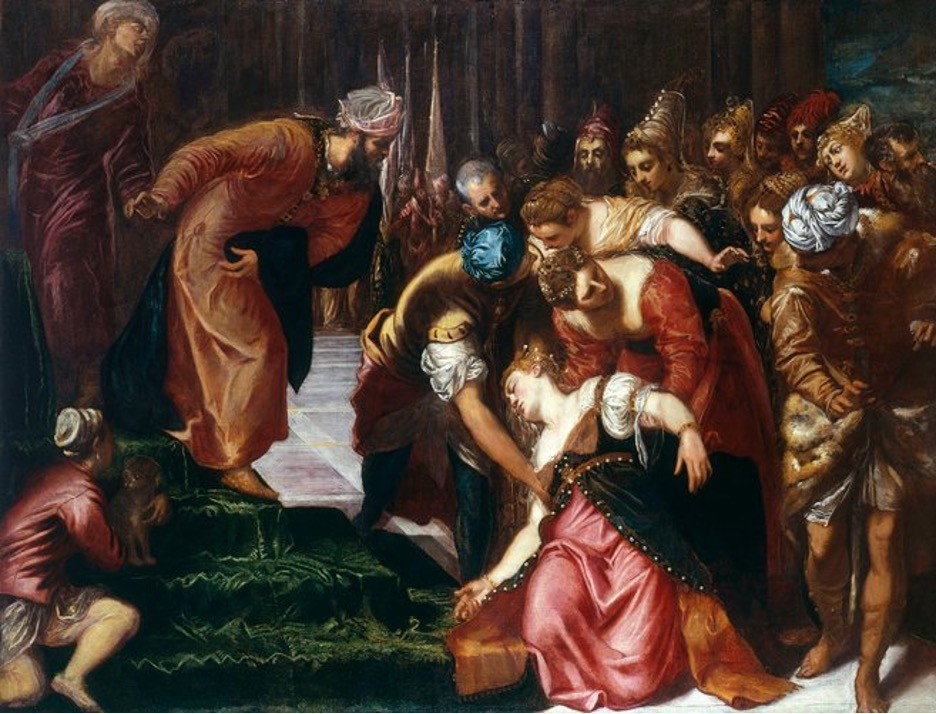 “If you keep silent in this crisis, relief and deliverance may come to the Jews from another quarter, while you and your father’s house will perish. And who knows, perhaps you have attained your royal position for just such a moment.”

As you read this message on the eve of the Sabbath and the full moon of the month of Adar, today we celebrate the festival of Purim. Last night, according to tradition, Jews throughout the world listened to the reading of Megillat Esther – The Scroll of Esther, this year a virtual experience, and like other pandemic-related shifts we have had to make, an unusual feeling for what is usually a joyous, crowded, group experience. Many Jews also make a point of hearing the Megillah read again this morning. Although we miss the crowds and being together as a group, the importance is in the mitzvah itself – hearing the story read, and if we are lucky enough to tune in virtually, this can be done anywhere, and we can fulfill the commandment. In fact, there are four laws in total related to this festival, which come directly from the 9th Chapter of the Book of Esther: to enjoy a seudah (feast) in the afternoon (seriously!); to exchange Mishloach Manot (gifts and treats) to friends and family; to give Matonot le-Evyonim (Gifts to the Poor); and to hear the reading of the Megillah (as noted above). Eating hamantaschen, wearing costumes and putting on a Purim Shpiel (play) are recommended, but just traditions! Of course, one of the most interesting traditions comes from the Talmud itself, which says that we should “celebrate” this festival to the point that we no longer know the difference between the evil Haman and the virtuous Mordechai, because we are so intoxicated. But modern interpretations of this verse suggest that we should do so only if we can do this responsibly!!

As noted above, we find the story of this festival told in the Book of Esther, one of the five Megillot (scrolls), in the third section of our Jewish Bible, but as biblical books go, it is a most unusual book indeed. The five Megillot are each very unique and beautiful, each read on a different holiday on the Jewish calendar, many with their own special cantillation or chant which is used for public reading. But the Book of Esther is probably the best known and therefore often referred to as “the Megillah” with a gorgeous chant of its very own, used only once a year on Purim. Dating from the 5th century BCE, the truth of the story is a mystery. But it is one of only two books named after women – the other is the Book of Ruth, also one of the other Megillot. (And a piece of personal trivia: my mother’s name was Esther, so in the “Fiddler on the Roof” song “The Sabbath Prayer,” when the words say: “May you be like Ruth and like Esther,” we always particularly liked that part!) But the other extraordinary thing is that the Book of Esther is also one of only two books in the entire Jewish Bible which does not mention the name of God – at all. (The other book which leaves out a mention of the Divine is also a megillah, The Song of Songs, a collection of love poetry between God and the people of Israel.)  Thus, here, God is hidden, but perhaps present nonetheless, behind the scenes.

So, who was this bold Queen Esther, heroine of this story – and what do we learn from her?  The text itself gives us quite a bit of insight into this admirable woman. First, we learn that she was a not a “typical” beauty, but that her character was so extraordinary, it created beauty from within – I love that message! Continuing on the theme as a positive role model, we know she had great respect for her adoptive parent who raised her, uncle Mordechai. But instead of blindly following his commands, she began to think for herself and took initiative, also being strategic about her plans. But she was also very human – she lacked confidence, as the quote at the top of this message indicates, and she needed encouragement, but found the courage within herself to move forward and act anyway. We are reminded that being heroic does not mean being unafraid – it means finding the courage to act even with your fear. We also see that Esther unifies her people, bringing them together, fasting alongside them, deriving strength from them, thus finding the strength within herself to save them. Thus, we learn perhaps the most powerful message of all of this story: God remains hidden, so that the power is within us to save ourselves. Rather than relying on the Divine, we rely on our own courage.

The other day, I was speaking to some high school classes about the legacy of Anne Frank and the relevancy of her famous diary nearly 75 years after it was found in its hiding place in Holland. It suddenly occurred to me that like Queen Esther of old, Anne was a hidden hero behind the scenes, in her case, quite literally. But consider this: all these years later, this young girl, who wrote a simple diary full of teenage angst, continues to inspire and motivate us to be better people. Dead of typhus at the age of 15 just before the war’s end, millions and millions have read her words and learned that the smallest voices can have the biggest impact. It was Anne herself who reminded us: “How wonderful it is that nobody need wait a single moment before starting to improve the world.” If Purim was the first case of recorded anti-Semitism, the Holocaust was the most horrific case in modern history. And as we know, it continues to this day.

Hate on its own festers and destroys – but when it motivates and inspires us to make a better world, we can reverse its toxicity. This makes me think of the emotional words shared by Attorney General nominee Judge Merrick Garland at his confirmation hearing this week, when he was asked about his desire to tackle hate and discrimination. I leave you with his powerful words. All we can ever hope for is a public servant with this kind of pure heart:

“My grandparents fled anti-Semitism and persecution. This country took us in and protected us – and I feel an obligation to the country to pay back and this is the highest, best use of my own set of skills to [do what was done for me.] I’ll do my best to be that kind of Attorney General.”

Wishing you a Chag Purim Sameach and a Shabbat Shalom, a joyous Purim and a good Sabbath,

Image caption: The heroism of the great Queen Esther has been the subject of fine art throughout time.
In this well-known painting by the Venetian late Renaissance master Jacopo Tintoretto, Esther Before Ahasuerus (1546-1547), the Greek version of the story is represented, as Esther is seen fainting before the King, as he initially angers at her bold and unsolicited audience before him.