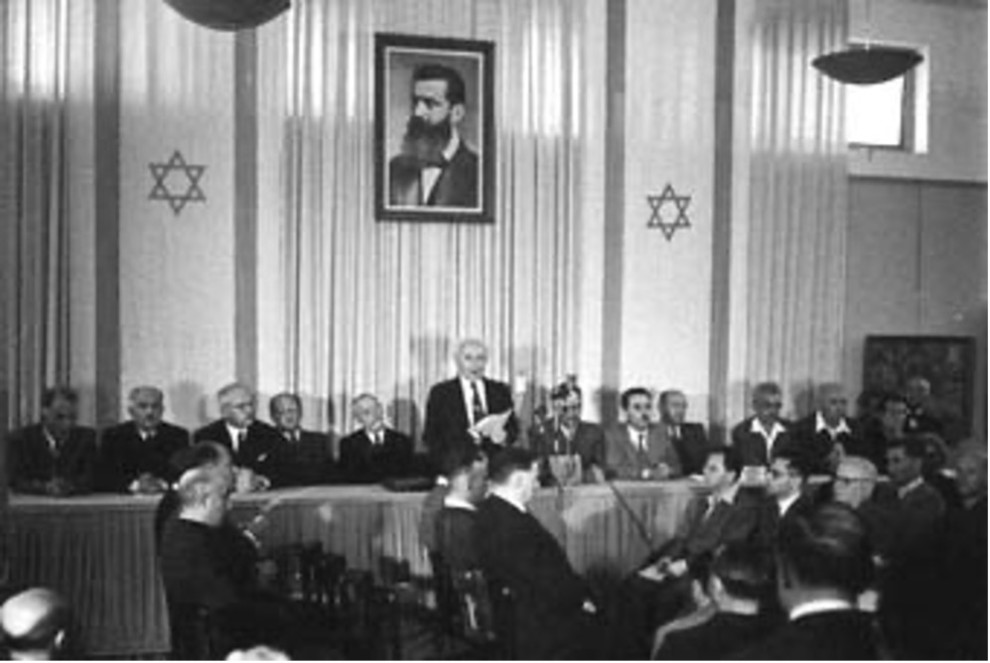 – Theodore Herzl (1860–1904), Father of modern political Zionism on the need for a Jewish State of Israel (translated from the original German)

With Sabbath’s arrival this week, my heart is across the sea today in Eretz Yisrael – The Land of Israel, as I am writing to you on Thursday, which this year marks Yom Ha’atzmaut – Israel Independence Day. 73 years ago, the modern State of Israel was born. Generally observed on the 5th day of the Hebrew month of Iyar, this year that day would fall on the Sabbath, so we celebrate a few days early, in order that festivities do not coincide in any way with traditional observance. Of course, in Israel, the country’s birthday has come and gone for another year, as it is now in the early hours of Friday morning, as I write this message to you. But from the pictures posted in the media, the big celebration so important to the country took place: the opening ceremony at Mount Herzl in Jerusalem and fireworks at Rabin Square in Tel Aviv. In our community, we are also celebrating with special programming for Yom Ha’atzmaut! I hope you were able to tune in to our special Get Baked program with Israeli Chef Shoham Yaniv – he makes the best hummus this side of Tel Aviv. When I eat it, it actually transports me right there!

Perhaps, the view of Israel I was given as a young Jew at home and by the Jewish organizations to which I belonged was somewhat romanticized – I acknowledge that – and yet, it instilled in me a fierce love of Israel which I cherish to this day. My first memories growing up as a child of staunchly Zionist parents was my immersion in Israeli culture and language. The first songs I remember from my crib were Israeli folksongs – like the one included in this week’s video offering. My parents spoke Hebrew to my sister and me at home. And they spoke about Israel constantly – painted pictures of it, created a dream of it. The Jewish summer camp where I spent many years also created this dream. Looking back, they might have focused more on the realities, but I’m not sure they had the tools yet to do so. My mother dreamed of making Aliyah – moving to Israel. But the harsh reality was that in 1950, just two years after the State was established, my dad was ordained as a Conservative Rabbi. And there was no Conservative Judaism in Israel then – in fact, there would not be for many decades.

So, instead, we spent many long summers there as a family – and they were magical. My first was at the age of 10, when my father led a group of Jewish teens on a program. We lived on a kibbutz for 3 months. The children my age spoke no English, which was an awkward adjustment at first, but ended up being a wonderful experience. After a few more summers like that, I went on my own summer trip at age 15. And then spent a year abroad there, which turned into 18 months, since my internship with The New York Times as a translator was too good to leave. When I finally came home to finish college, it was a tough decision. I have been back many times as an adult, including with my family for my older daughter’s Bat Mitzvah. But that year in college was pivotal – I found myself there, I felt I understood Israel better, as well.

As the anthem of the State of Israel reminds us, the yearning for a Jewish homeland was a 2,000 year quest, but after the Holocaust, it was no longer to be questioned. Certainly, the timing of the establishment of the State of Israel in 1948, just 3 years after the end of World War II is no coincidence. Unfortunately, if further proof was needed, the world now saw the urgency for a Jewish homeland, a safe haven for Jews after the atrocities of the Holocaust. Many Survivors dreamed of coming to Eretz Yisrael, including my own dear cousins, closer to me like an uncle and aunt, Alti and Leah Gadish. Orphans from the same village and married in the Displaced Person’s camp in Italy after the war – a familiar story – they made their way to Palestine before the State was founded on a harrowing and infamous boat ride. Turned back by the British to Cypress for 5 months, the Queen of England herself, in celebration of her marriage to Prince Philip (who’s funeral will be observed this weekend), granted special certificates to refugees, which allowed them to return to Palestine. They helped to establish one of the most beautiful kibbutzim in the Galil, in the northern region of Israel, Kibbutz Parod, on the shores of the Sea of Galilee, where they raised a family and lived full wonderful lives. But the truth is Jews have been homeless for millennia before the Holocaust – and many have come to Israel seeking safe haven since then from countries around the globe.

No country is perfect, without error or blemish in its historical record – we, after all, should know that. But it does not mean that we love it less, especially if it is our own. We engage with it, we struggle with it – after all, that is the Jewish way. In my family, we have members on the right, on the far left, and in the center. And the point is, we can all sit at the same table and have good, informed, reasonable discussions – at least, most of the time! In fact, we must continue to talk and discuss, because when that stops, the problems become insurmountable. A calendar note to end on: As I write to you, today is the 18th day of the Counting of the Omer, more on that in a future message, but it is the counting of the 49 days between Passover and the holiday of Shavuot. You may know that in Judaism, the number “18” has special meaning, as it’s numerical value in Hebrew letters is: Chai, which means “Life.” And as Israel turns 73 today, we say:

Am Yisrael Chai – The people of Israel lives!

Wishing you a Shabbat Shalom – A Sabbath of peace and wellbeing,

Photo caption: This historic photograph taken on May 14, 1948 (the 5th Day of Iyar, 5708), captures the actual moment of the declaration of the establishment of the State of Israel. On this day, the British Mandate over Palestine expired and the Jewish People’s Council, presided over by David Ben Gurion, gathered at the Tel Aviv Museum finally “on the soil of our homeland.”