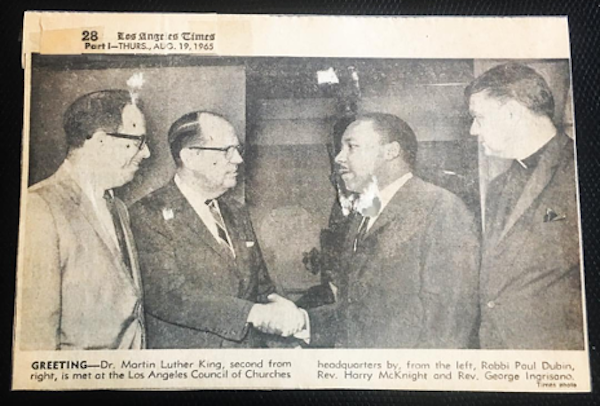 “You achieve immortality not by building pyramids or statues – but by engraving your values on the hearts of your children, and they on theirs, so that our ancestors live on in us and we in our children, and so on until the end of time.” – Rabbi Jonathan Sacks, MBE, Chief Rabbi (Emeritus) of Great Britain

With the arrival of Sabbath this week, summer is upon us! We welcome an opportunity to honor our fathers on the longest day of the year – and the two actually have a Jewish connection. Yes, it does seem that Father’s Day coming up this Sunday, which is the same day as the Summer Solstice in the Northern Hemisphere, the longest day of the year and the day which has the most daylight, since the sun travels the longest path through the sky, may not be such a coincidence after all!

Parenting is so important in our tradition, that it takes top billing as one of our Ten Commandments. In fact, it is the only commandment of the ten which has a reward attached. We are told in the fifth commandment to: “Honor your father and your mother, in order that your days may be lengthened on the land that the Lord, your God, is giving you.” So, it seems that, quite literally, by following this commandment to honor our parents, we will be rewarded with “longer days” and long lives – and if this year is any indication, the “longer day” will immediately be rewarded! Our sages also tell us that the placement of honoring parents as the fifth commandment within the ten is also significant: the first four commandments have to do with our relationship with God and the last five, involve our relationships with our others in society. Thus, the message here is that the fifth commandment is a bridge between the two categories and in creating children, parents essentially become partners with God in the creation of human life – and therefore worthy of our respect and love.

We have many examples of fathers in our tradition – but perhaps the most famous is the one who started it all, Abraham. So central is Abraham in our Jewish story that we refer to him as “Avraham Avinu – Abraham Our Father.” He is the Patriarch from whom all of our history emerges, forging the relationship between our people and God – and who is, in fact, the father of all three major Western religions. His values are clear and he fights for them – he believes in one God and even argues with God when the lives of people are at stake. Abraham is someone to whom we look up to with a great deal of respect, but the Torah is also not afraid to show when he makes mistakes – and he makes plenty of them. Thus, the greatest father of all is greatly flawed – and we love him anyway. The message here seems clear. This is a human father, not a God. And humans are by their very nature imperfect.

In an interesting article published in honor of Father’s Day last year, Moment Magazine highlighted five famous Jewish fathers and the unique contributions they gave the world.  The five discussed in the article are Jonas Salk (who discovered the Polio vaccine); Otto Frank (father of Anne Frank, who published her diary after her death); Sigmund Freud (“father” of Psychoanalysis); Rashi (the famous 11th Century Biblical commentator); and the Biblical Abraham (discussed above). Each was controversial, but each was fiercely devoted to their work and their family – and each was also a flawed individual, with struggles and failures, but also with great successes. But it is also clear that these individuals changed the world for the better in remarkable ways and were role models not just for their own children, but for us all.

Finally…for those of us who have dads who are no longer here to honor in person…as long as we remember them, they are still with us. My father, Rabbi Paul Dubin, of blessed memory, passed away 10 years ago next week, and he is with me in my work every day, and in every word I write to you. The strong values by which he lived his life were passed along to his children and grandchildren, who are now carrying on with his work – and to many others who knew him and were touched by his example. I know he would be so heartbroken by what is going on in our country today, but also so hopeful by how involved so many are in changing what should not be. My father used to quote his favorite Talmudic line often (including when my sister and I both left for college!):
“B’makom she’ein anashim, histadel lihiyot ish – In a place where there aren’t good people, strive to be a good person.”

I encourage you to honor those fathers and father figures in your life whom you might be missing this Sunday with some special ritual of your own creation. Write a letter to them, take a walk and talk to them. They are there in your heart - and encouraging you, as you journey forward, with the lessons and love they gave you. Even the difficult relationships have a place in the tapestry of our lives and are therefore a gift.

With blessings for a peaceful Sabbath – full of light on this longest Shabbat of the year,